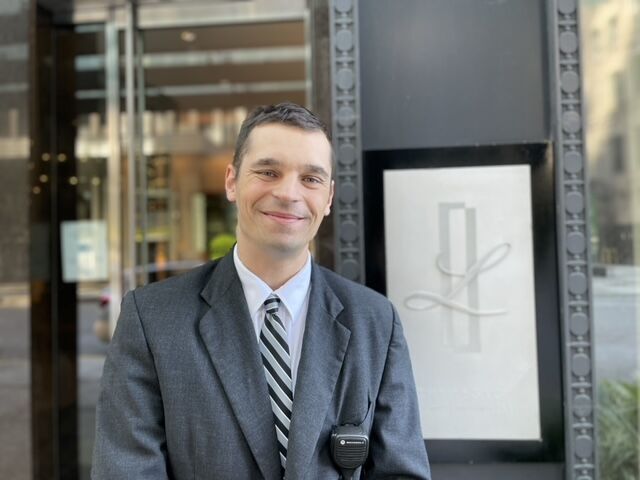 Adrian McGuire, who works at The Legacy at Millennium Park, is the October Doorperson of the Month. Photos by Jacqueline Davis 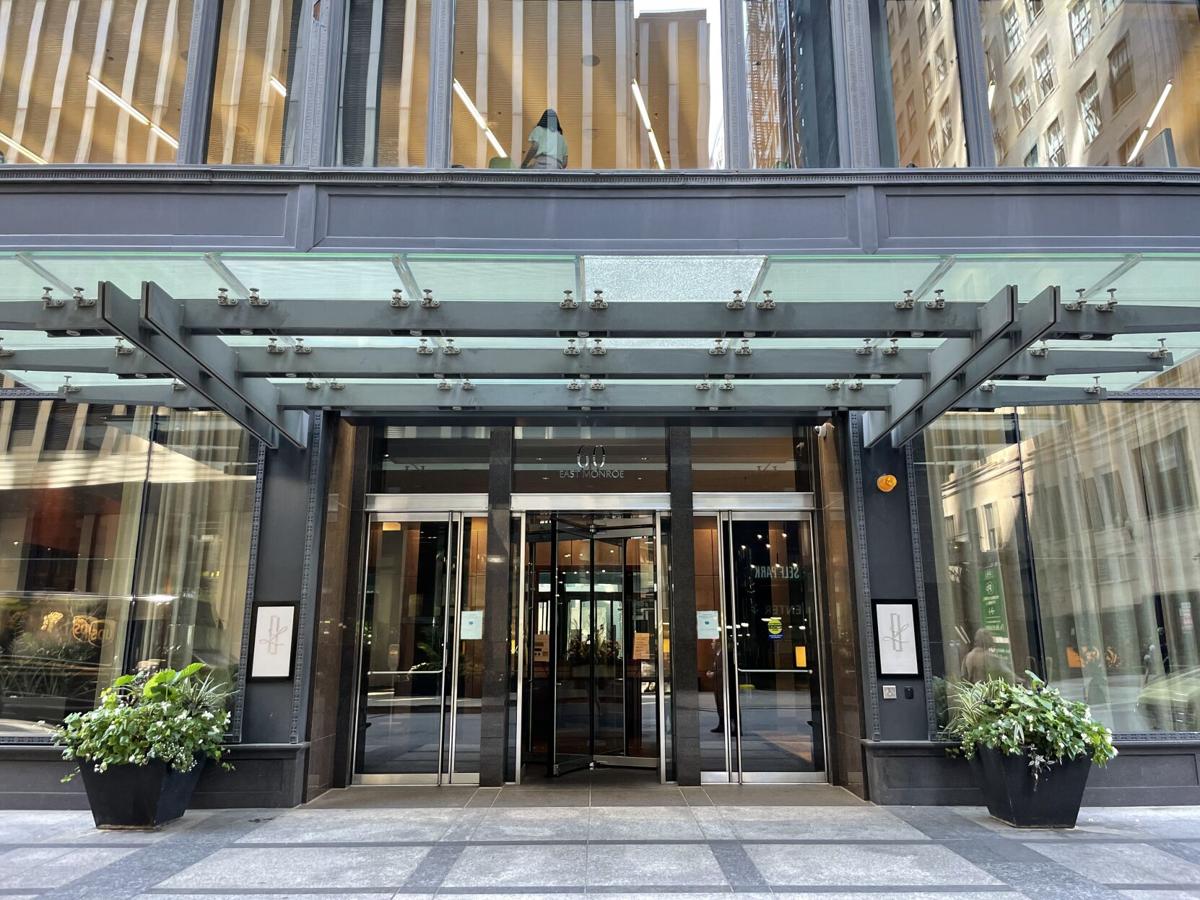 Adrian McGuire, who works at The Legacy at Millennium Park, is the October Doorperson of the Month. Photos by Jacqueline Davis

Adrian McGuire, head doorman at The Legacy at Millennium Park, 60 E. Monroe St., has been a familiar face at the downtown high-rise from the beginning, joining the team in September 2009 when The Legacy opened its doors to residents.

Before becoming a staff member at the luxury residence, McGuire worked as a security guard for residential complexes throughout the city, as well as a nightclub, which, he joked, was a job that could be turned into an entire feature story. McGuire began working for Draper & Kramer in January 2009, as a part-time doorman at Park Monroe, before making his way to The Legacy later that year.

Known for a love of architecture and an attention to detail, McGuire oft en blows the residents away with his kind and congenial demeanor, as well as his ability to multitask.

“There are a lot of important duties behind the scenes to run a building safely and efficiently,” McGuire said. “Many duties most aren’t aware of.”

McGuire admits there are challenges.

“There’s no such thing as perfect,” McGuire explained. “It’s what you make of it and what you put into it to make it a better place.”

McGuire has enjoyed the past 12 years at The Legacy, building on his professional and friendly relationships with staff and residents.

“My experience working at The Legacy all these years has been amazing, mostly due to the many great residents and staff I get to work with,” McGuire said. “You grow a personal bond with them, making it feel like a second family.”

To nominate your favorite doorperson, email info@chicagostarmedia.com with their name and why they should be the doorperson of the month. Winners will receive a $25 gift card to Mariano’s.