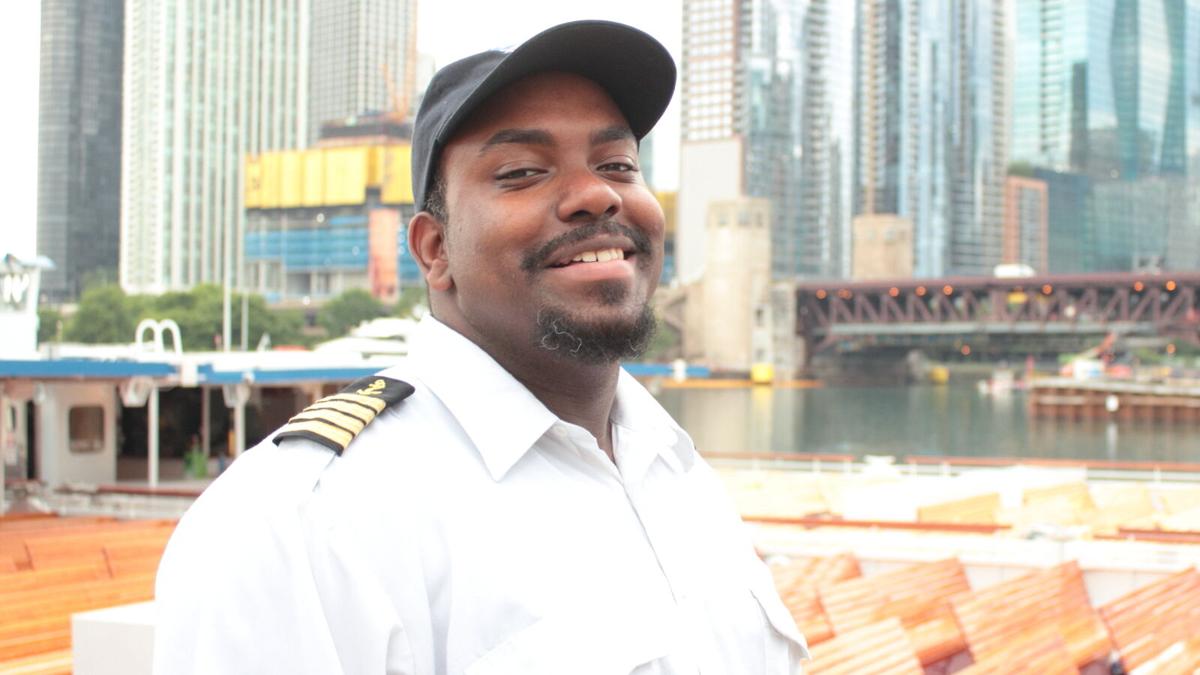 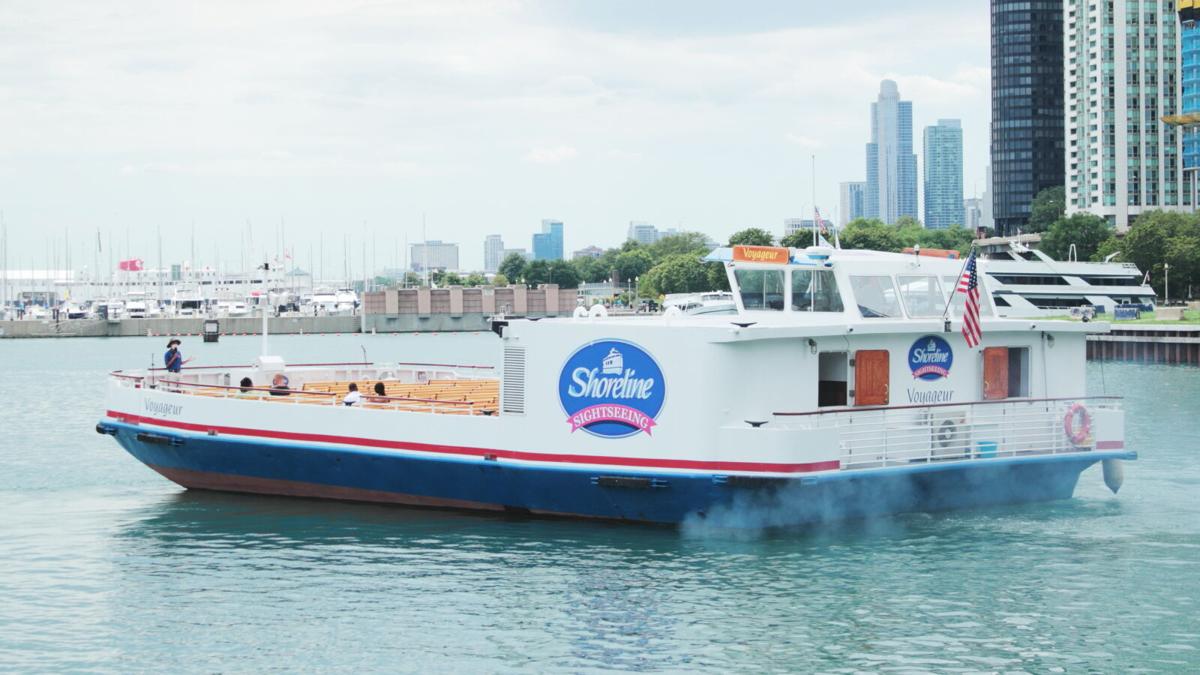 Capt. Trevonte Battle spent years acquiring the expertise to keep passengers safe on the Shoreline Sightseeing Architecture Tour. As a graduate of Columbia Yacht Club’s captain course, he offers a full range of skills including charting, navigation, and emergency procedures. But on an average day, he only needs the basics.

“It’s a calm, low-stress environment most of the time,” he said. “If everything’s going well, it’s perfect.”

Shoreline's architecture cruise ranks second on Tripadvisor’s 2019 list of Top 25 Experiences in the world. Offering departures from the Ogden Slip at Navy Pier as well as the Chicago River at 401 N. Michigan Ave., the 75-minute journey highlights more than 40 landmarks while cruising through the Loop as well as the North and the South Branch of the river.

The guides who narrate the experience talk about much more than brick and mortar. One tour begins with a passage from “Chicago: City on the Make,” the 1951 essay by Chicago legendary author Nelson Algren: “To the east were moving waters, as far as eye could follow. To the west a sea of grass as far as wind might reach.”

Battle was working two jobs and attending East West University in 2007 at the start of his career on the river. He rose from deckhand to eventually earn his captain’s stripes by completing a series of requirements. Besides logging 365 separate shifts in the water (a measurement also known as “days at sea”), he passed a test administered by the U.S. Coast Guard.

Because the Architecture River Tour fleet includes a customized hybrid vessel, the process continued. “The Cityview is a tugboat connected to a barge,” he said. “After my regular training to become a captain, there was more education required to operate a tugboat.”

The architecture boats belong to a larger fleet owned by Shoreline Sightseeing, which has been operating water taxis and private charters on the Chicago River and Lake Michigan since 1939. Together, they represent just a small portion of the river traffic that Battle navigates, which often prevents him from hearing much of the tour.

“I’m in the pilothouse and I have to pay attention,” he said. “You have a ton of recreational boats, commercial boats, riverboats and water taxis. Sometimes they have no clue about the rules of the road. I tell the crew, it’s the weekend and those guys are just trying to have a good time.”

However, he has taken the tour as a civilian and enjoys sharing his favorite topics.

“I think it’s fascinating that the city burned down and the people rebuilt it from the ashes,” he said. “Instead of saying, ‘oh man, the city’s done,’ they brought in some of the best architects and offered them an open canvas for their work.”

He also likes the fact that Chicago expanded eastward by dumping the ashes of the fire into Lake Michigan, eventually creating the neighborhood named after George “Cap” Streeter, who spearheaded the effort.

Battle said cruising through the rich history of Chicago is “a fun part of the job.” He has journeyed through fog, rain, snow, and days when “you cannot see the bridge in front of you.” He also made a number of fans along the way.

Among them is Captain Marc Mozga, Manager of Chicago Architecture River Tours. “One thing about T. Battle is that he is very calm under pressure,” Mozga said. “That’s definitely what you need on busy days on the river.”

Besides impressing co-workers and passengers, Battle has helped the Chicago Architecture River Cruise make an impression on a select group of onlookers as well.

“I remember this one week when we pulled like three people out of the water,” he said. “That’s when my knowledge and expertise come into play.”