You have permission to edit this article.
Edit
Home
News
Out & About
Business
Features
People
Opinion
Multimedia
Subscribe
Press
1 of 14 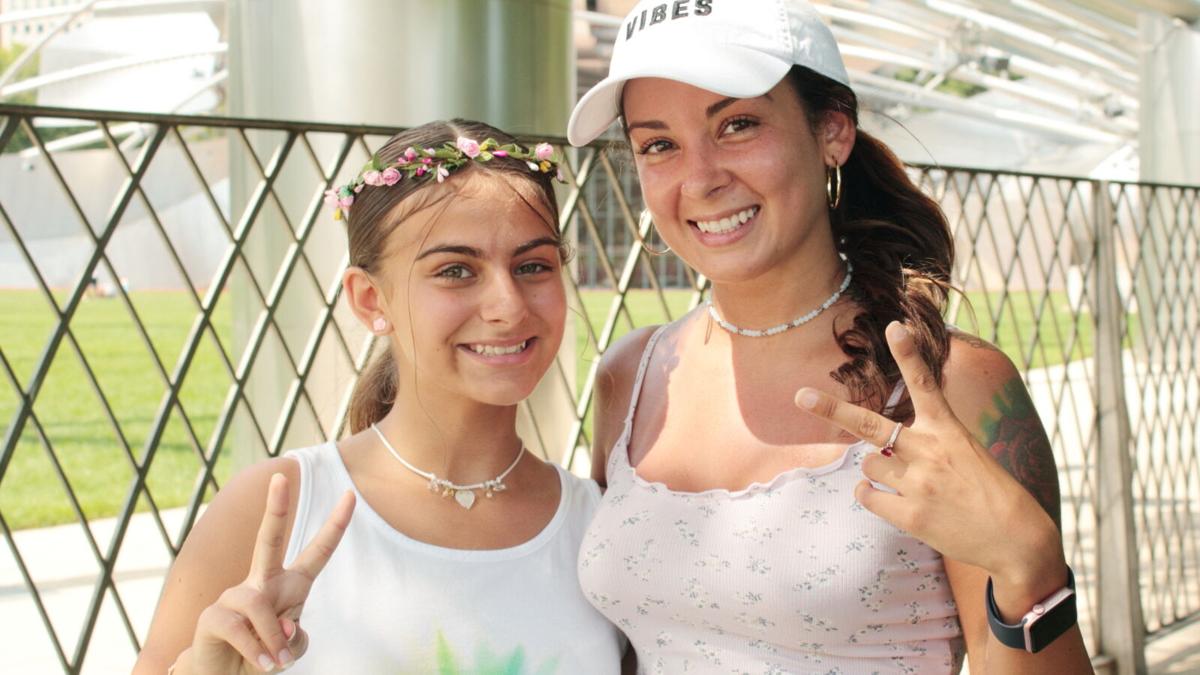 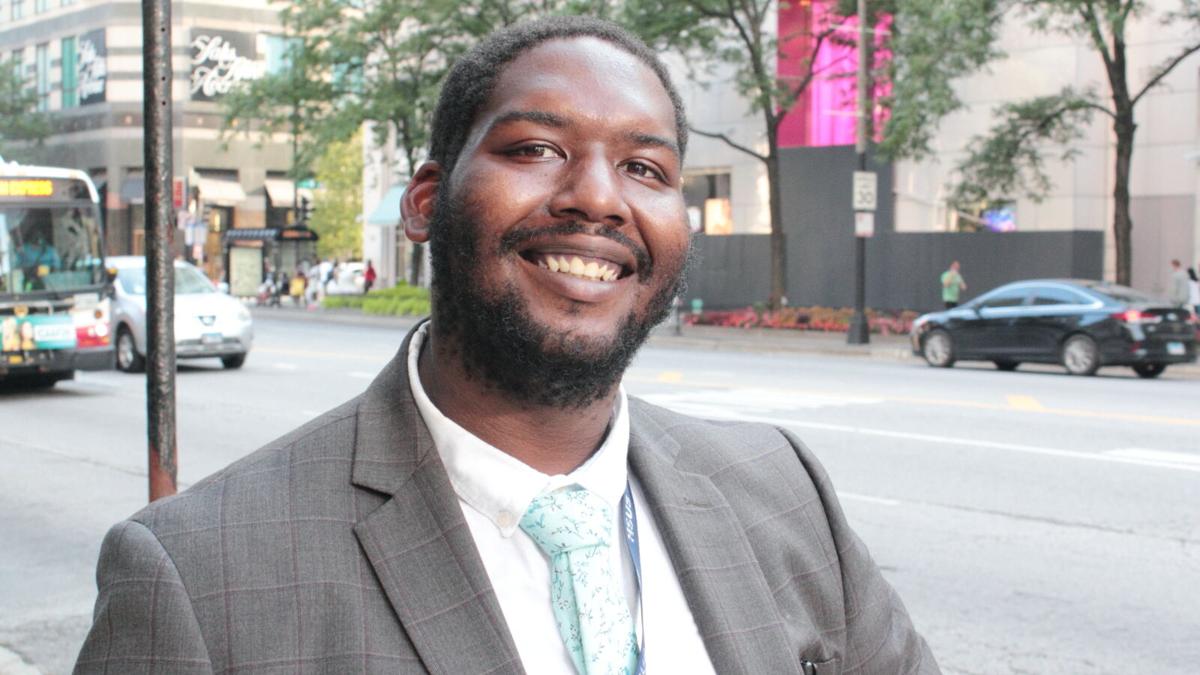 Thomas, who works in brand marketing, said Johnson is "a great people person" who "also has a business sense as well, so I believe our economy would be in the right hands." He added that the actor's best movie is "probably the latest Fast & Furious." 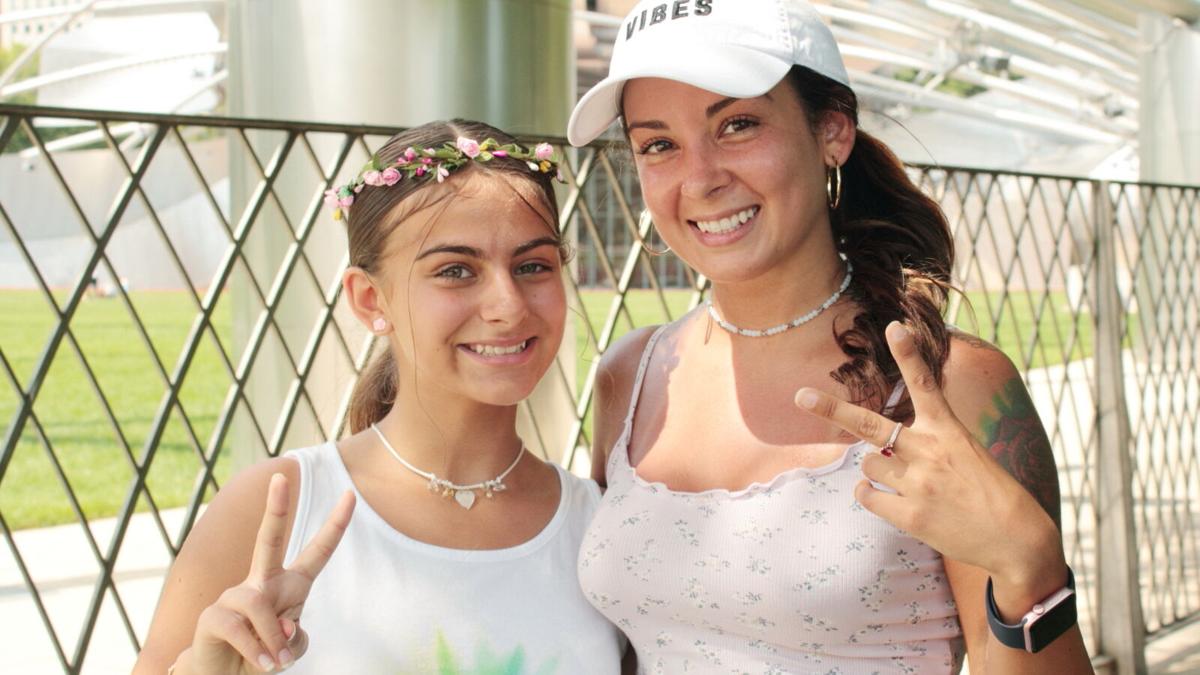 Leliani S. (left) said that her personal choice for president would be her mother, Tiffan H. (right), a histotechnologist from East Chicago, IN. "She's awesome," said Leliana. "She's like the best person in my life." 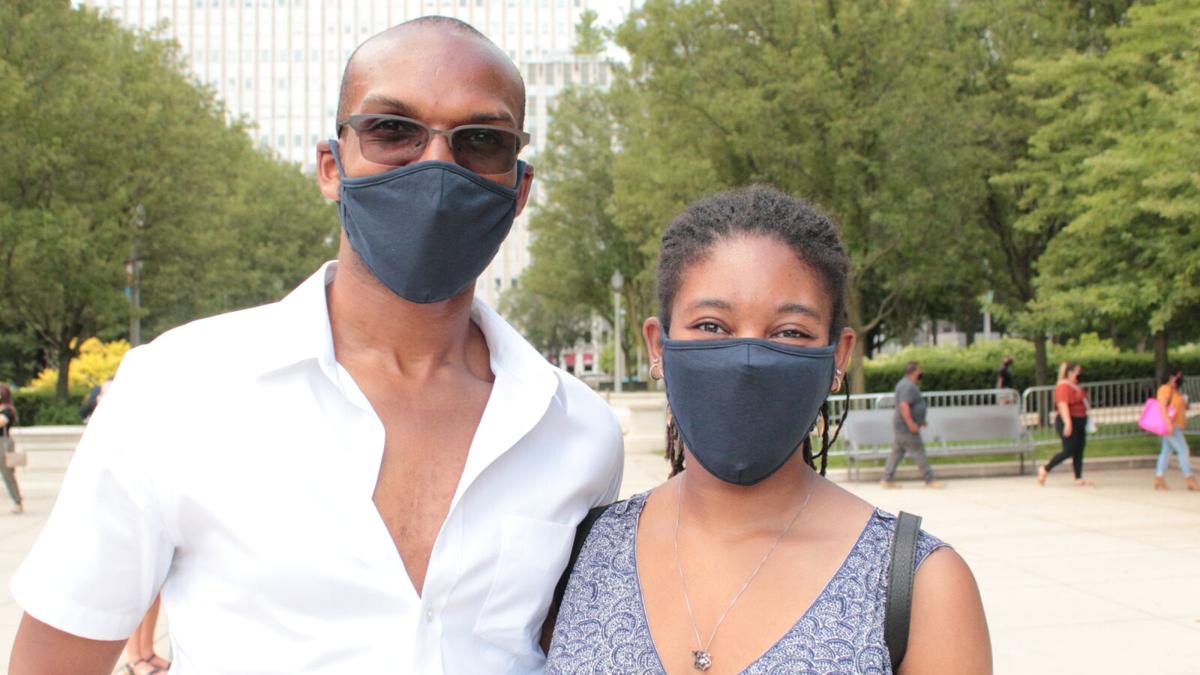 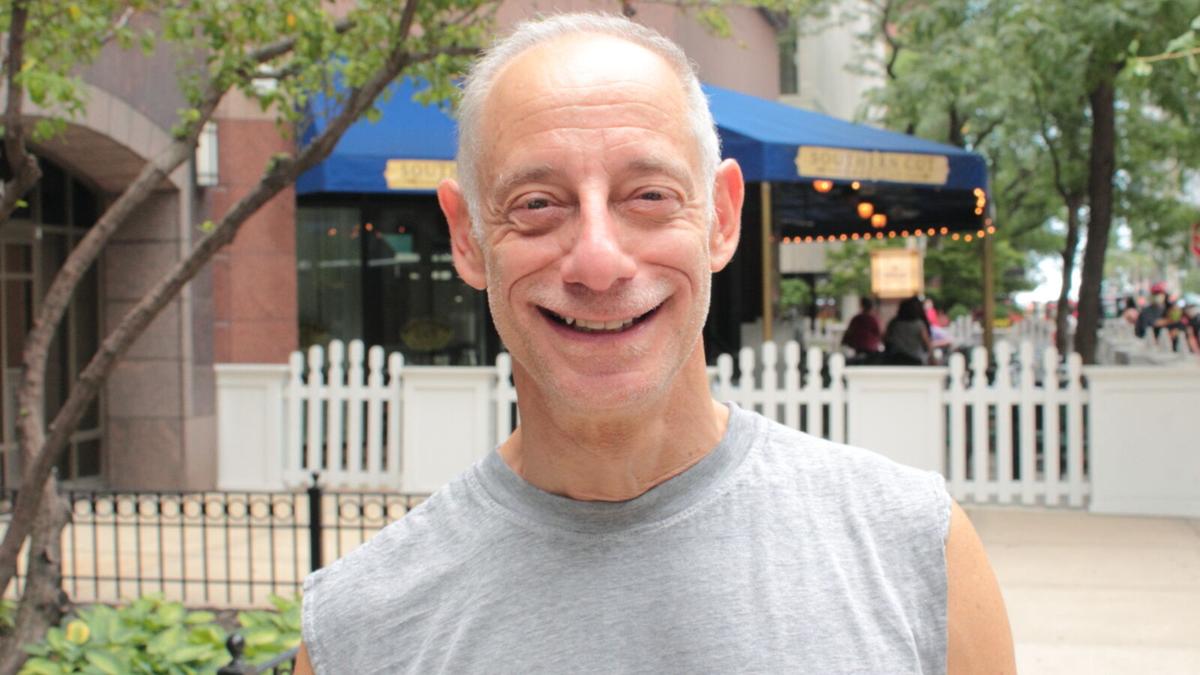 Jim Stoller, President/CEO of The Building Group, wouldn't mind seeing Oprah in the White House. "I think she’s smart," he said. "I think she’d bring the country together and I think she’s a good soul." 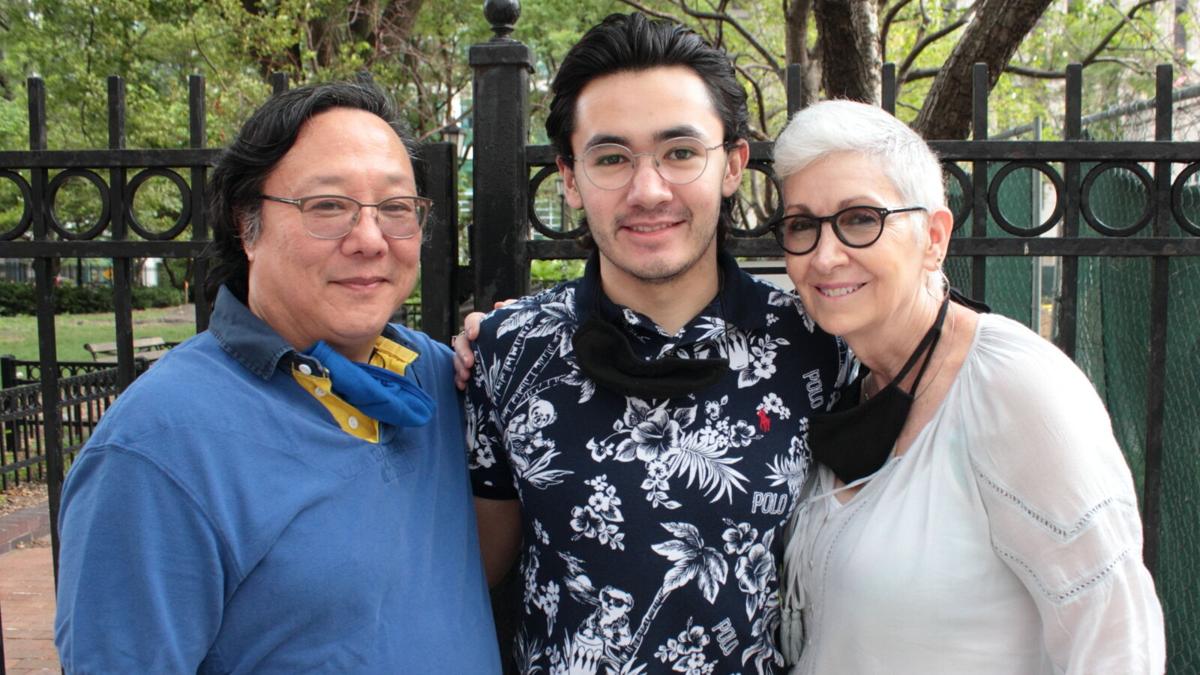 When asked for his opinion, controller Alan Omori Sr. (left) said, "Not Trump," then added, "the obvious choice is Biden, but I’m not sure." His wife, financial services manager Melissa Omori (right), said that Dame Judy Dench would make a great president. "She's great," said Melissa. "She’s been around forever. She’s smart. She’s a good actress, and she’s beautiful. You need people that have actually lived for a while. She could come in with a new perspective. Europeans tend to look at things differently than Americans. I don’t think they are as ethnocentric." The couple are pictured with their thoroughly undecided son, Alan Omori Jr. 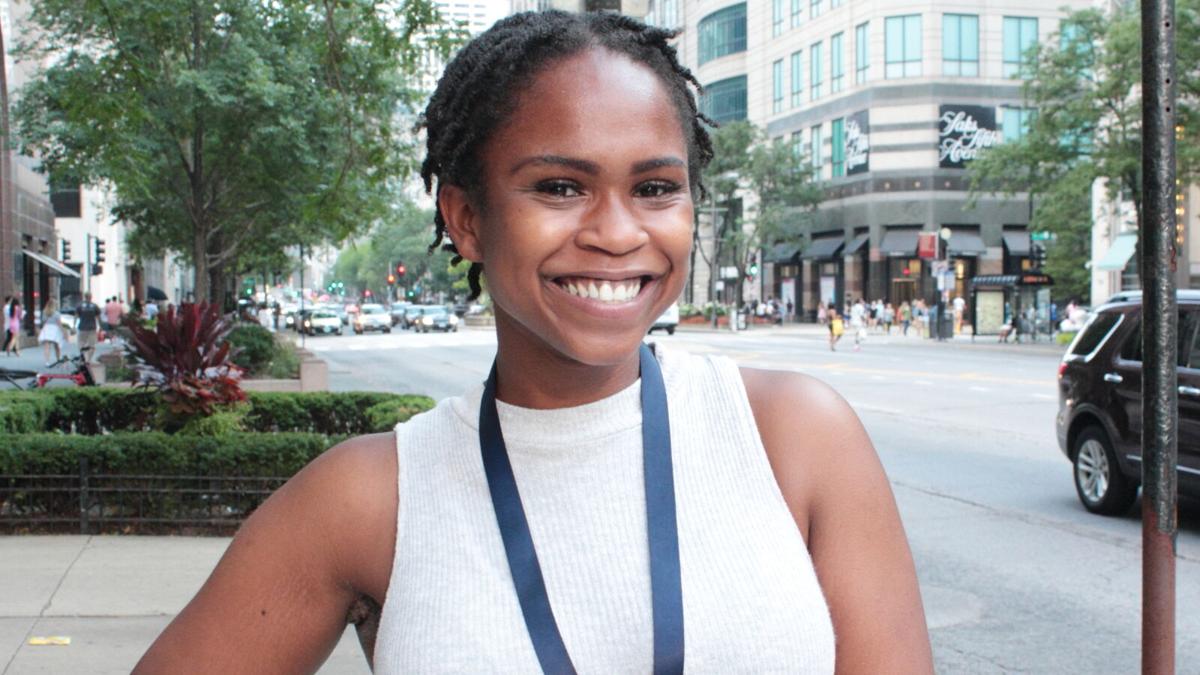 Brand marketing professional Salena Hamilton said Gandhi would make a great president because, "he knows how to get everyone to channel their inner-peace." Then she decided to change her vote. "Actually, no, no, no: there’s a guy named Moojiji, and he’s (like a) new-age Gandhi," she continued. "He has workshops which help people not only break down their barriers mentally but also learn how to just become themselves." 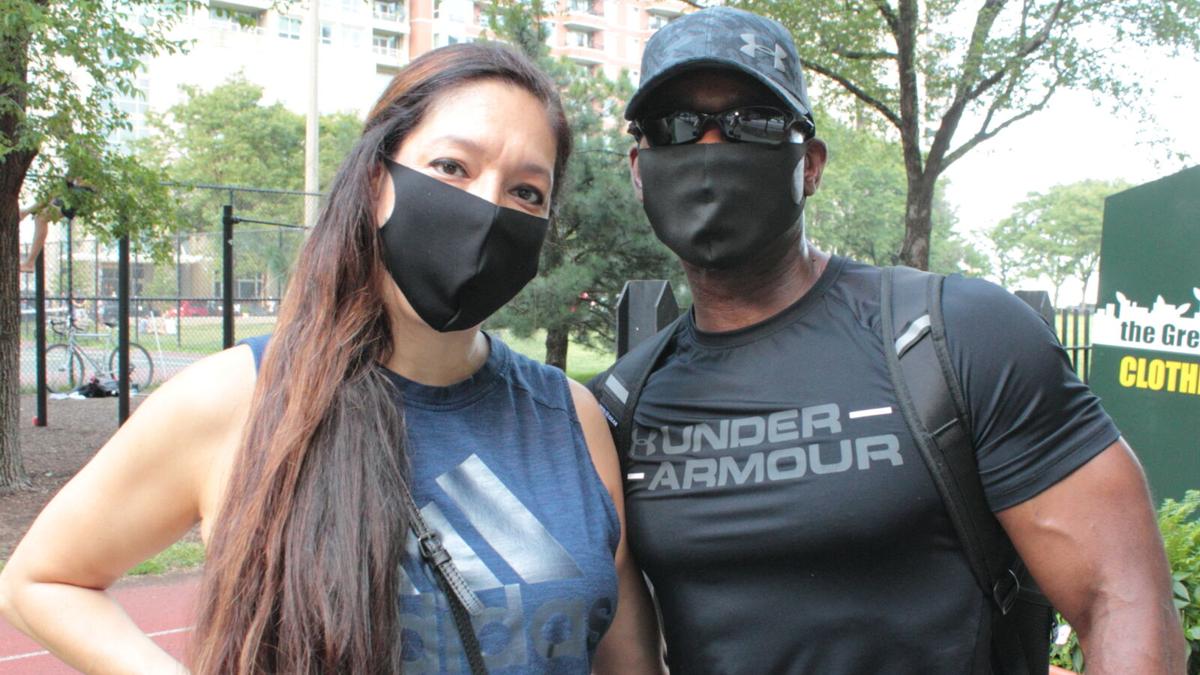 Retired nonprofit professional Irene Brown (left) believes that former First Lady Michelle Obama would make a great president. "Intelligence, kindness, unity … she is a great leader," said Irene. "You know, she was in the White House with her husband for eight years, and I believe she helped him run the show." Her husband, US Air Force Veteran Drew Brown (right), believes that the country would be better off by giving former President Barack Obama an additional term. "He’s such an incredible role model for young African American men and men of color," said Brown. "I think he is astute in his quest for excellence for not only the presidency, but also for America. Another person I would love to see in the White House but can’t bring back is Martin Luther King," he continued. "His empathy, his compassion, his character, his commitment to freedom for all … every adjective you can think of. His presidency would harken us all to a time not just of change, but also of consistency in our world today, because we’ve lost it." 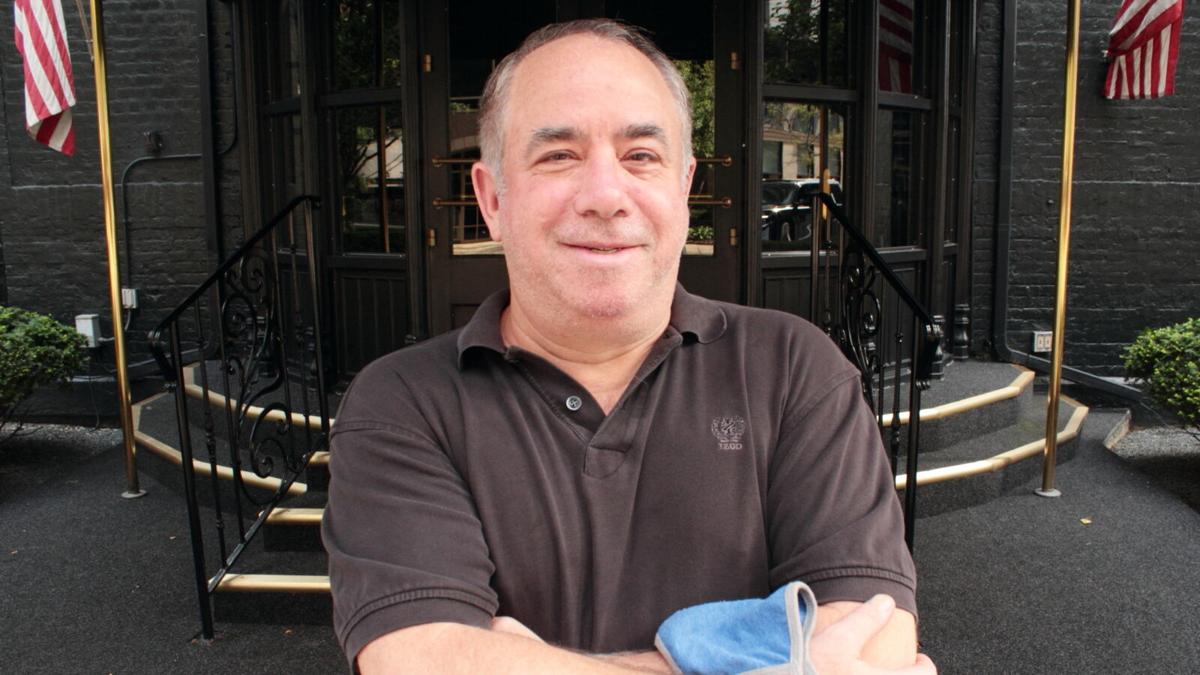 "If I were to choose a Republican, it would be Mitt Romney," said Howard Stolar, an interior designer and Princeton graduate. "I think he’s one of the most decent minded among the Republicans, and I thought it was very important that he censured Trump through the impeachment vote." In the spirit of fairness, he added a second choice. "If I were to choose a Democrat, it would be Michelle Obama," he said. "Clearly, because she went to Princeton, she’s well suited to be president." 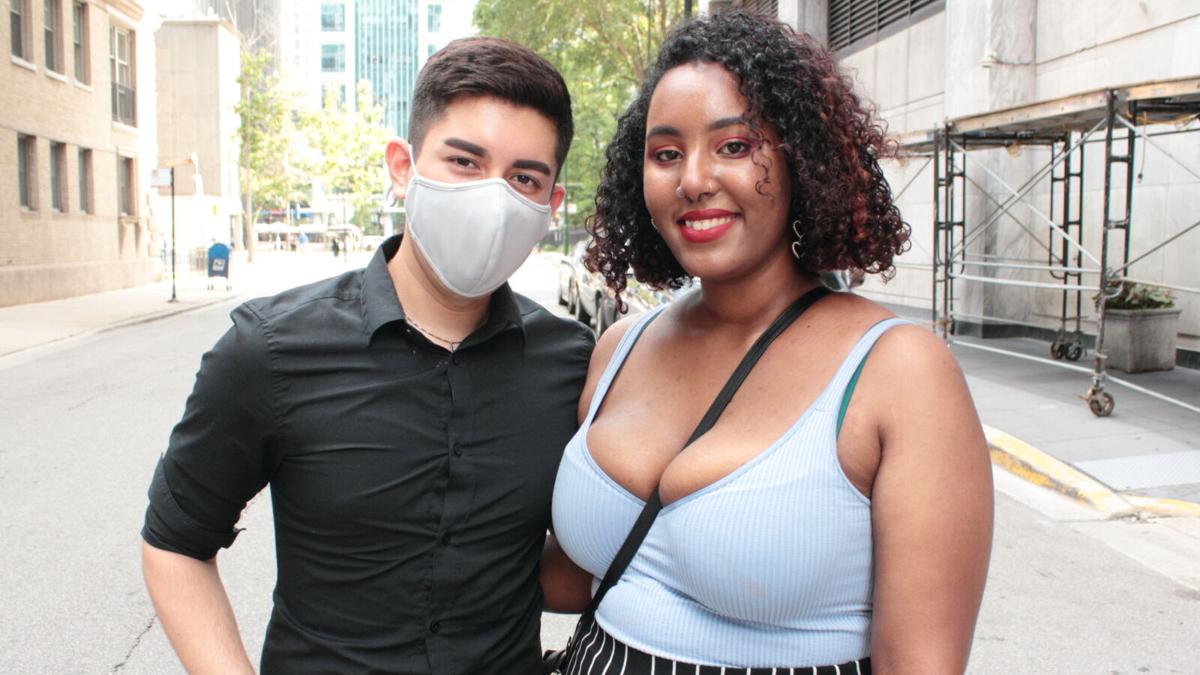 "Everybody’s crazy at this point and it seems… oh, gosh ... Biden’s like the lesser of the poisons — like, which kind of crazy do you want to go with?" asked Andy C (left(, a barista from Edgewater. "I would probably go with Bernie. He’s for the people." Faye G, a student from Chicago (right), agreed. "Bernie Sanders would have been my choice because he is for the people," she said. 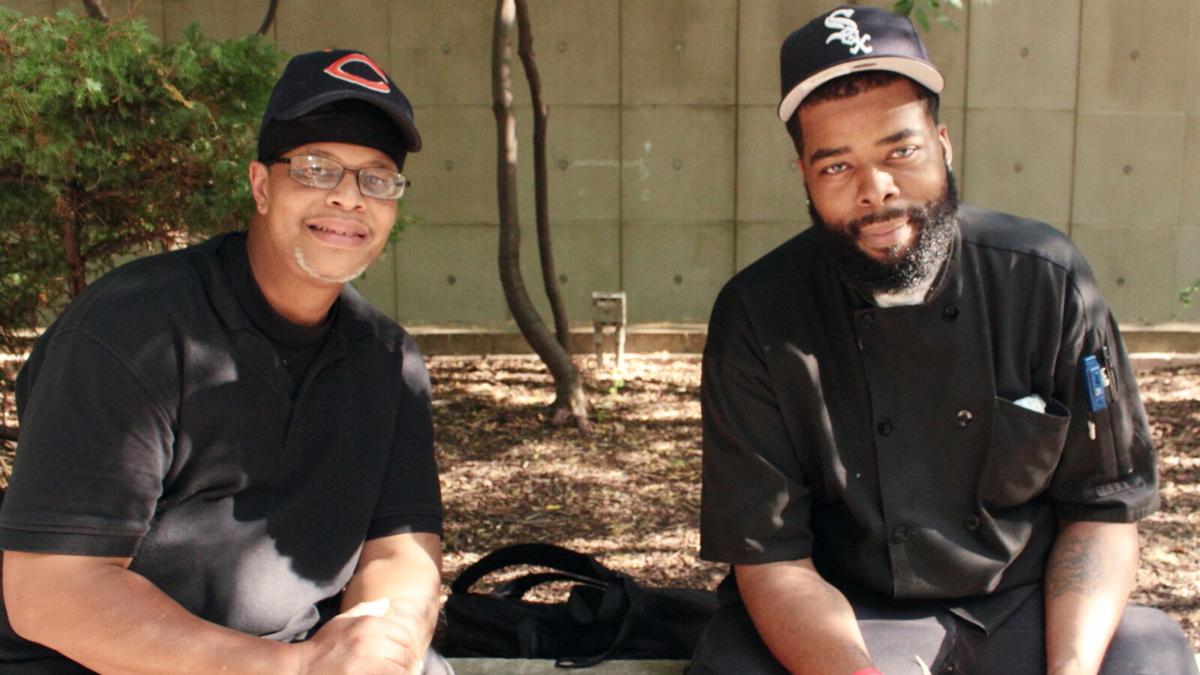 Michael Blacher, Sr. (right), a Food Service Attendant at Northwestern Medicine, said he would like to see Barack Obama return to the White House because "it started with him. "I don’t have anything against Donald Trump," he explained. "But my thing is, when (President Obama) was in office, he did a lot of things, so I know that he has the ability to do it. He was intertwined with the crowd. He was for the people … and I really enjoyed that." Northwester Medicine Chef Messiah G. (left) said that he would make himself president if he could. "If you let Donald Trump do it, why can't I do it?" 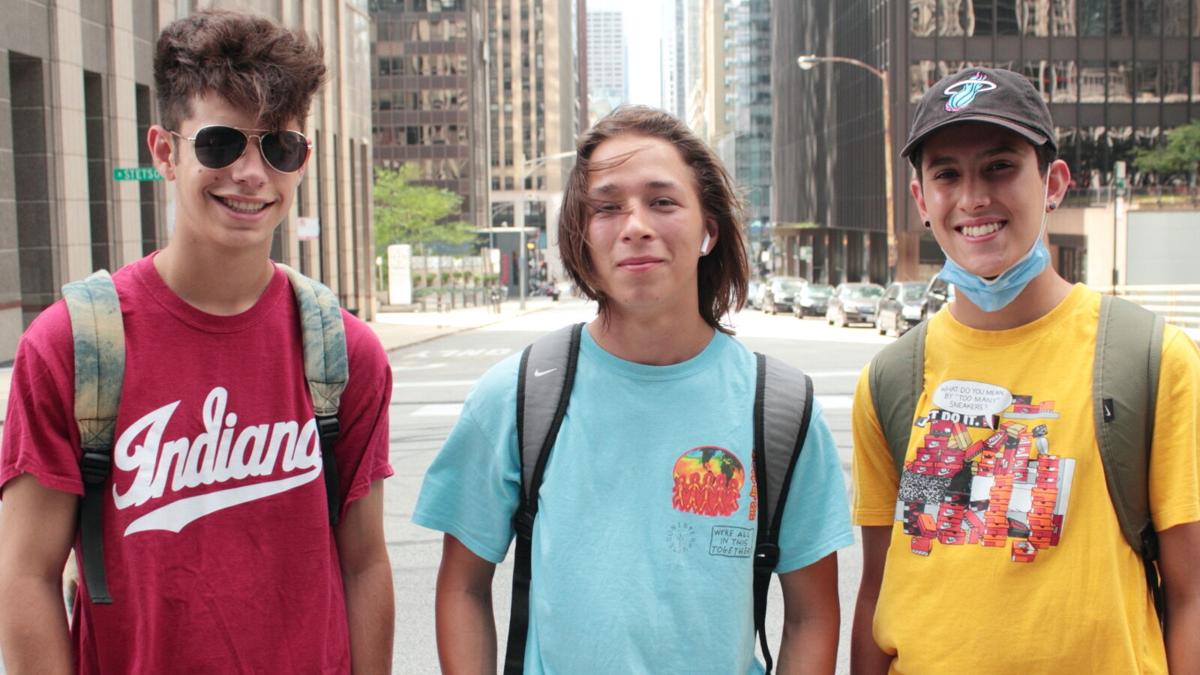 "I’m not really too knowledgeable about (politics), but I liked Bernie Sanders," said Ethan Corral (left), a student from Indiana. "I supported him and I agree with what he says. I think he’s a good guy." Fellow student Miguel Suarez (center) named Kanye West as his top choice because "it would be funny." After a moment, he admitted, "but I'm just playing with you." Brazilian Leonardo Bora (right) also went the Bernie route. "He’s more like a ... people say socialist, but like I don’t think that’s the right point of view," said Bora. "He’s just more of a community person, and that’s what I praise in a society. I come from a place where culture and society are very linked to each other and they’re good, sustainable, and I just like his theories." 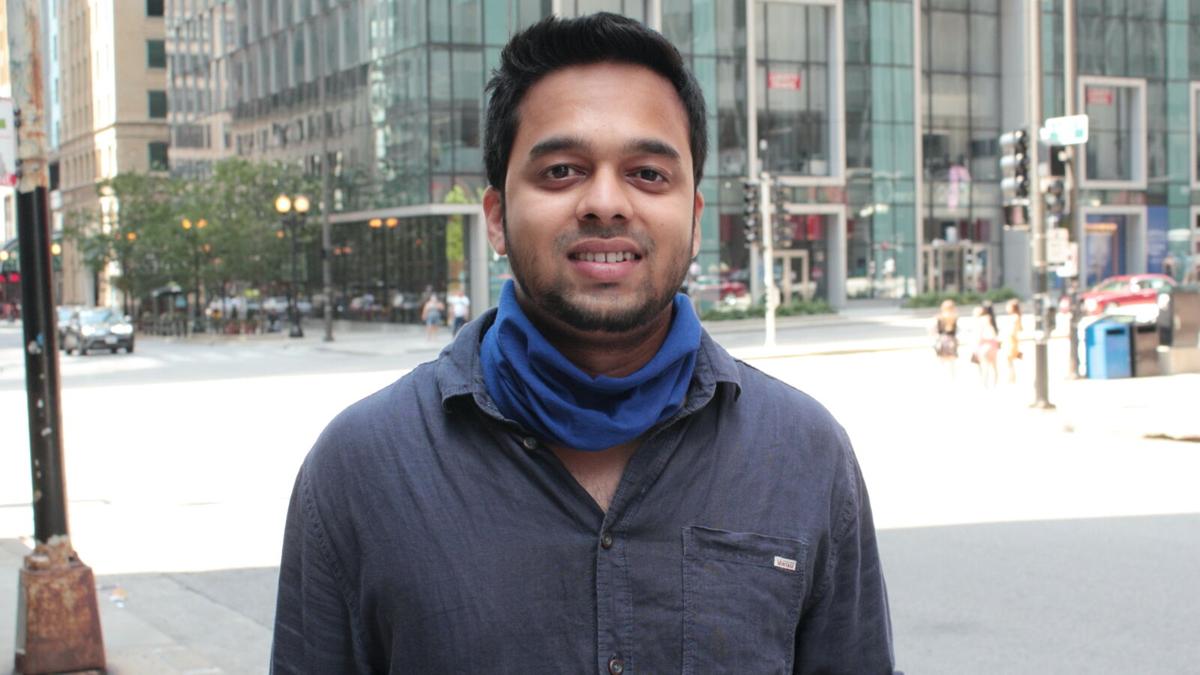 Nahush Paril, a engineer at GrubHub and New Eastside resident, believes that Barack Obama would make a great choice for president in 2020. "He’s better than the current president and many, many of the previous ones," said Paril. "He did some good reforms. The health care thing was a success, but I don’t know why people did not end up liking it. I come from India. The laws with immigration for Barack Obama were better for us. With Trump, we are facing issues." 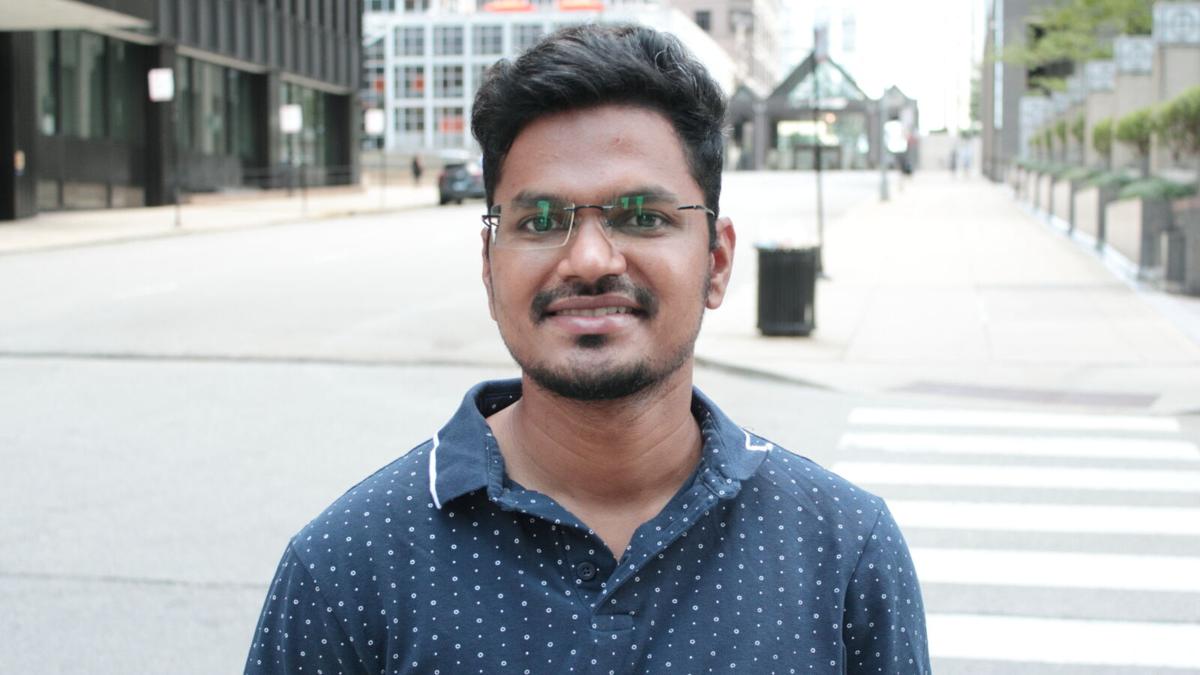 This year’s presidential election is offering voters 29 fewer options than they’d have by going to Baskin-Robbins, leaving a lot to the imagination. But what if people had the power to send anyone to the White House? New Eastside residents and visitors explain who they'd select for Commander in chief if the ballot was expanded to include anyone in the world.