You have permission to edit this article.
Edit
Home
News
Out & About
Business
Features
People
Opinion
Multimedia
Subscribe
Press
1 of 7 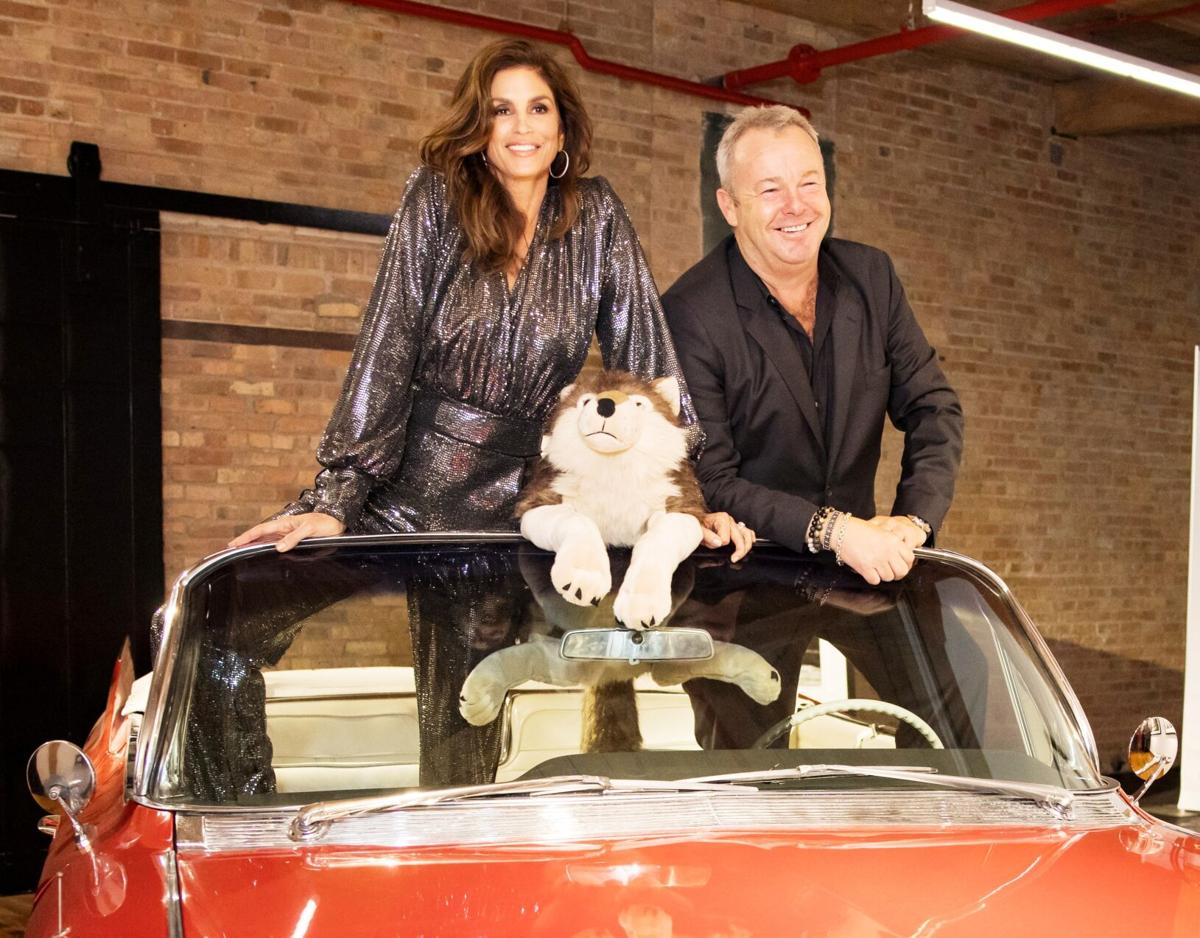 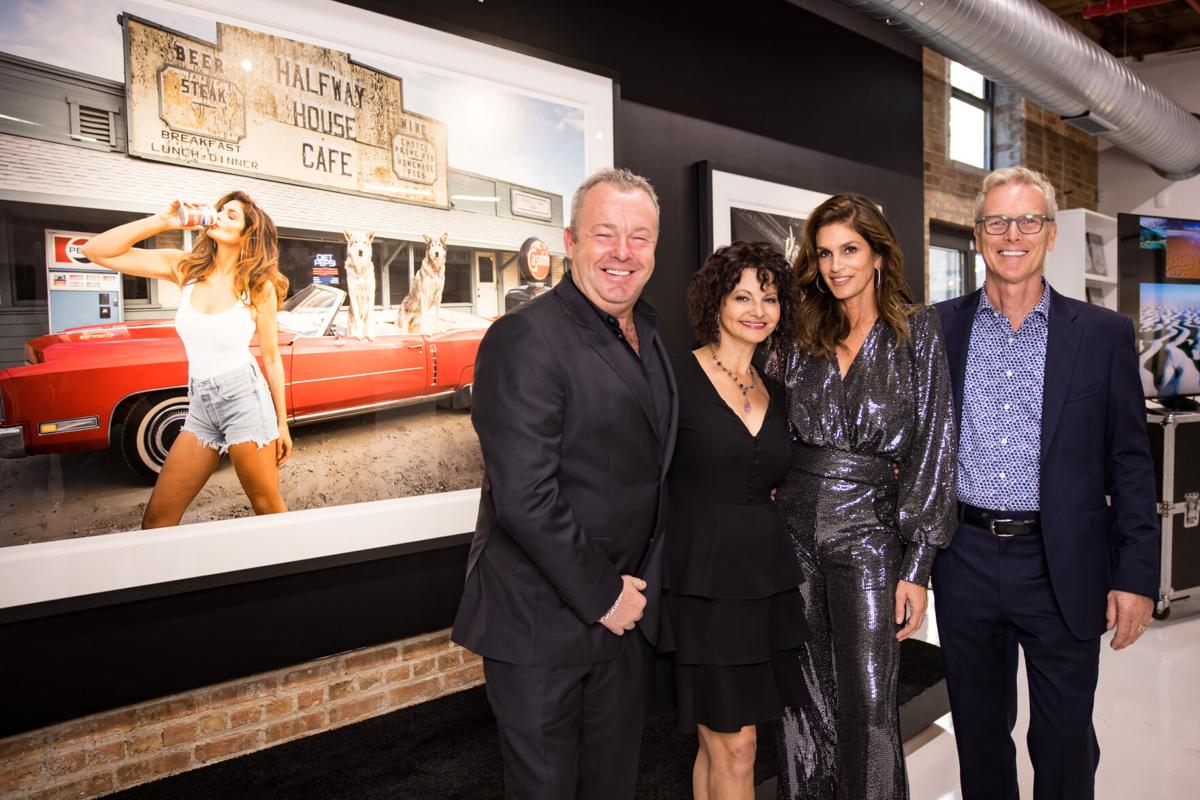 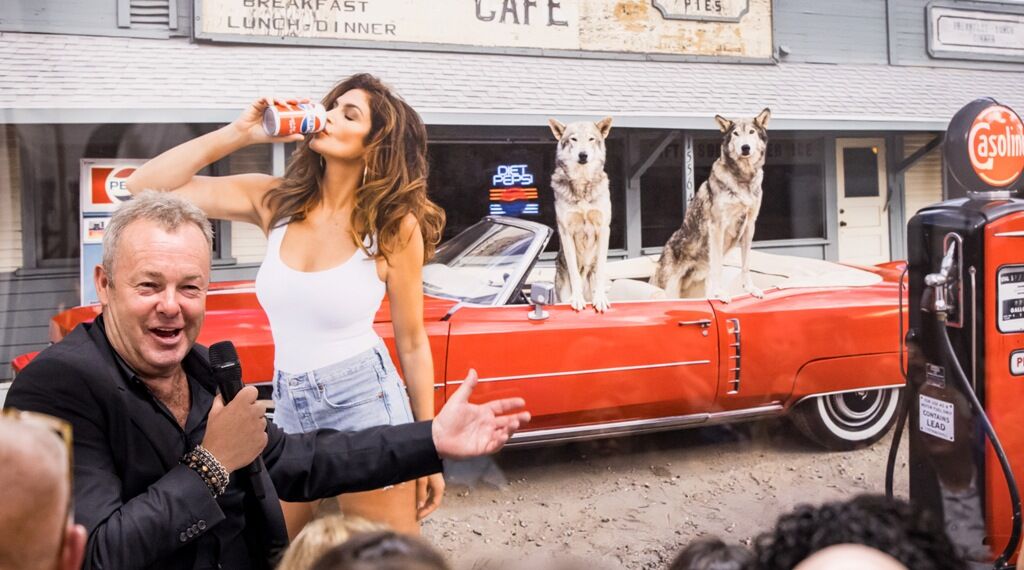 David Yarrow in front of 1992, his reinterpretation of Crawford's iconic Pepsi ad. 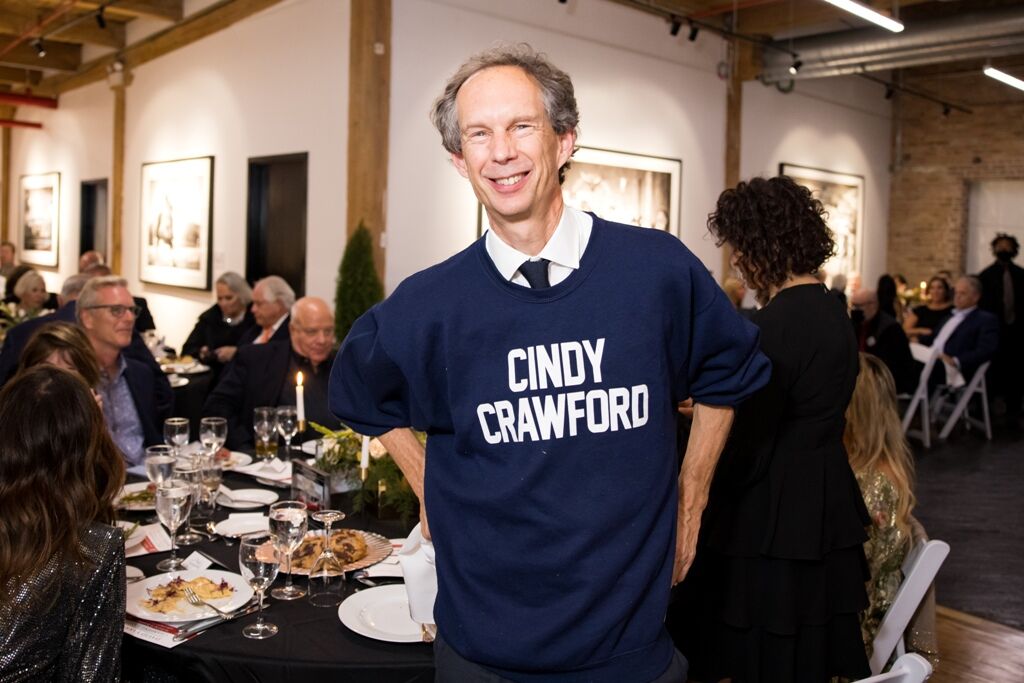 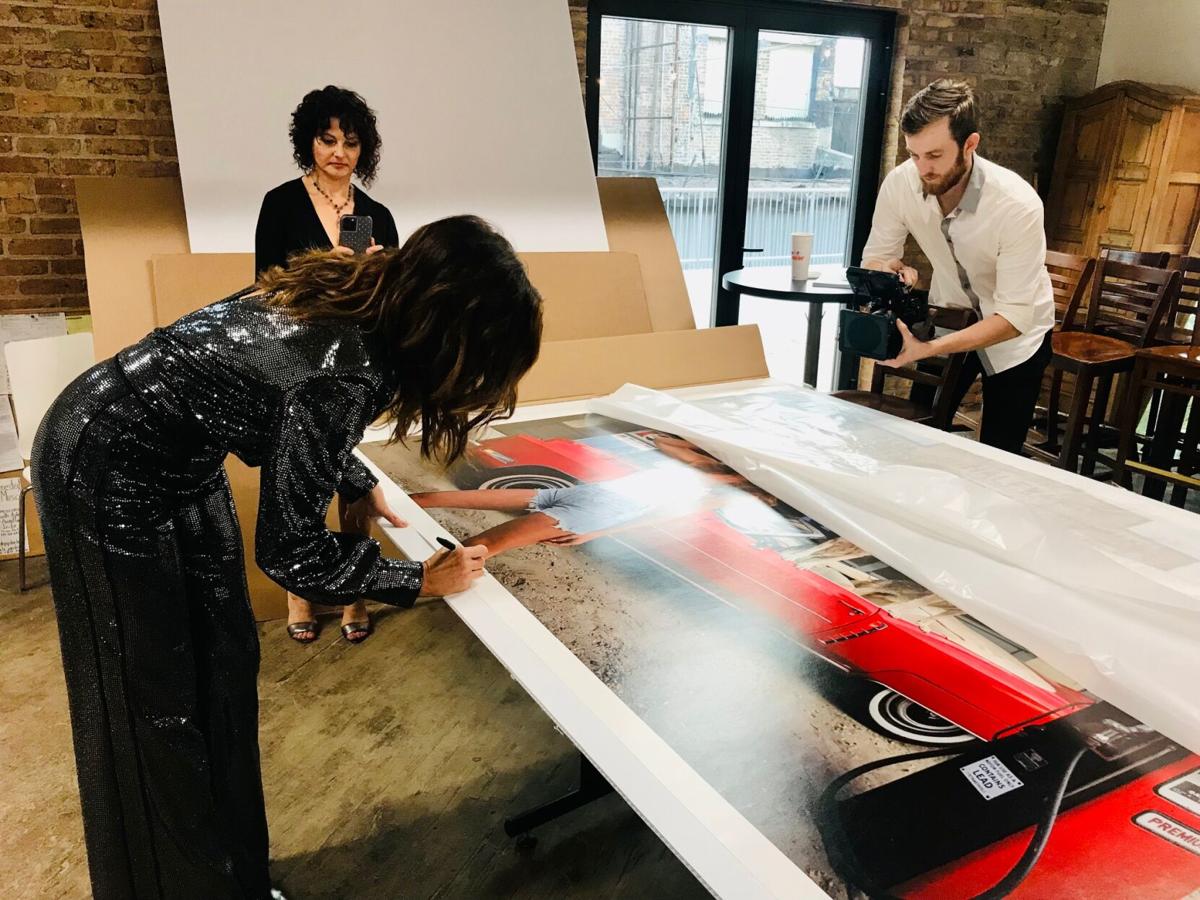 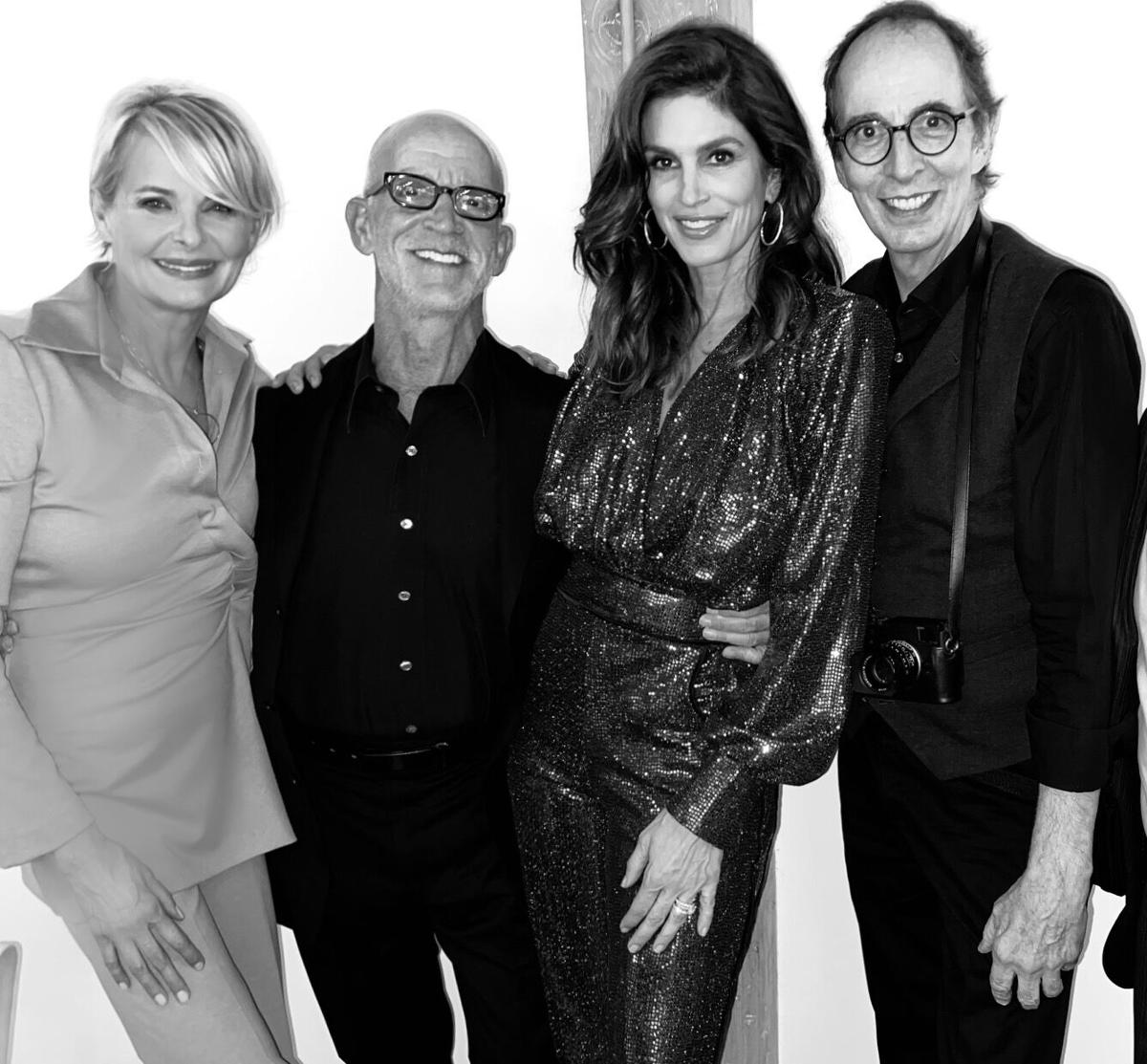 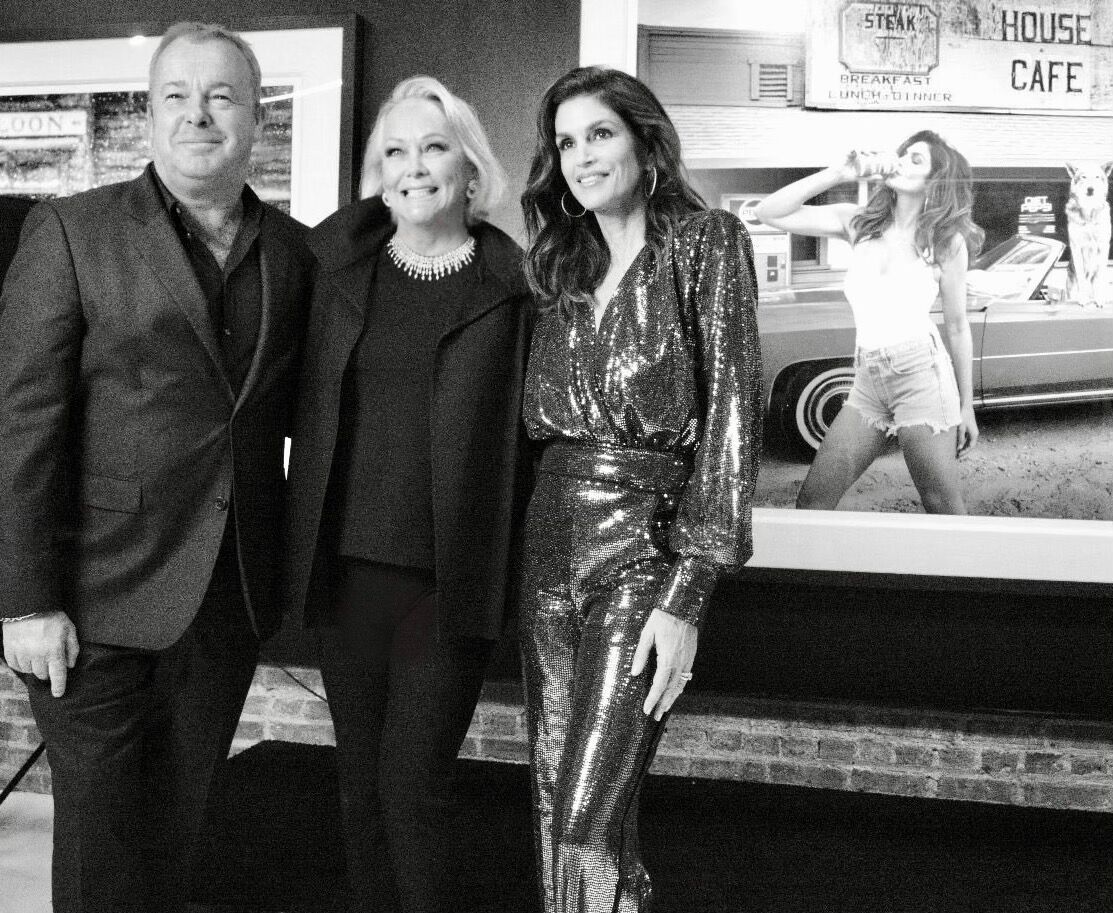 David Yarrow in front of 1992, his reinterpretation of Crawford's iconic Pepsi ad.

It was the first and best red carpet experience to come back in Chicago since the pandemic so it was no wonder that the nearly 200 guests at the Hilton|Amus Contemporary art gallery opening didn't want to leave. The event, hosted by the gallery in its new Bridgeport location on October 9, celebrated the opening of its upcoming exhibition, "Changing Lanes," which featured the works of renowned photographer David Yarrow in collaboration with supermodel Cindy Crawford. The exhibition included Yarrow's stunning interpretation of Cindy's iconic Pepsi ad by Joe Pytka, simply titled "1992," which was the year the original commercial aired during the Super Bowl.

Both stars were in attendance, first chatting with the media and then, Cindy snapping photos with ALL of the guests before dinner. A Q&A followed led by Fox-32's Jake Hamilton. The event helped raise funds for the University of Wisconsin Kids Cancer Program, the same hospital that treated Cindy's late brother Jeff who passed away from leukemia.

The red carpet stretched all the way through the garage into the massive freight elevator and then up to the main gallery. Art enthusiasts stepped into the 5,000-square-foot space, done in chic shades of black, white and grey to coordinate with the oversized photographs that adorned the walls. On this night, David Yarrow's exquisite work was on full display, many featuring Cindy, while others focused on the Wild West and animals in the wild.

Cindy arrived in a stunning, sequin-studded gun-metal grey jumpsuit to greet guests. She graciously chatted with media in front of her iconic image, along with Mr. Yarrow. They shared their joy over collaborating together again, how much it meant that the funds were going to the University of Madison Kids Cancer Program (together, they raised over $1 million over the weekend for the American Family Children's Hospital there) and more. Cindy spoke about the legendary Chicago photographer, Victor Skrebneski, who discovered and mentored her. She said he taught her professionalism and to remember that the photos were about selling the product and not the model. She also spoke about her daughter Kaia, also a supermodel, and how proud she was of her and the decisions she's made in the business.

Dinner from Inspired Catering (Karen Stefani), consisted of a choice of filet, sea bass, ravioli or a vegetarian option. Every detail was attended to, right down to the flowers on the table which included yarrow, as a nod to the photographer. A red Cadillac Eldorado, a duplicate of the one used in the photo recreation, was displayed in the gallery as well.

During dinner, Arica Hilton addressed the attentive crowd and shared the mission of her gallery. "The artwork and artists we represent are all about making the world a better place. We're not just selling art. We choose who we represent for a reason. David, over the last couple of years, has raised over $5 million for various charities--from cancer research to animal protection and conversation to ocean conservation. That's what we are about." She acknowledged celebs in the crowd, radio personality Mancow Muller, head of Rizzoli Publishing in NY Charles Miers and stars of Showtime's "The Chi," Yolonda Ross and Tai Davis.

Yarrow also offered remarks, "Yesterday, we had an event in Madison, Wisconsin. Visiting the hospital there was one of the most humbling experiences of my life. I was meeting people who were changing and saving children's lives and it put everything into perspective for me. The UW is a trailblazer. The iconic picture we recreated of Cindy has been shown across Europe. And everyone wants this photo! Last night, they sold $400,000 worth of that picture and every penny is going to the UW. I know the Chicago Bears can't beat the Green Bay Packers but, tonight's your chance to give Wisconsin a run for its money. Cindy, who's a national treasure, will sign the photograph for you. There's only about 12 of these left."  (Three of the pieces were sold during the evening)

Dr. Paul Sondel, head of the pediatric cancer research program at UW, was in attendance as well. He's recognized around the world as an expert in his field. He said, "In 1950, children diagnosed with cancer had no treatment available. Almost all of those children died within a few months of their diagnose. But now, in 2021, here in the U.S., 85% of children with cancer are cured and the cancer won't come back. That's because of research, both in the lab and in the clinic. But, in many cases, because of the cure, they will have lasting medical problems because of the toxicity of the treatments. Our vision is to have kinder, gentler, more intelligent and more effective treatments to eliminate the cancer without harming normal tissue. And the approach we're using to help get there is the use of immunotherapy, trying to get the immune system to attack the cancer so we can use less radiation and chemo. We also know these advances will help treat cancer in adults. We're convinced we can get there because we see it happening every day. Since 1992, Cindy has made childhood cancer and the UW her special focus, providing major financial support, visiting the hospital and being an ambassador. And David has turned his work into protecting our earth and supporting all of its species and people to protect its future. He lives his commitment every day. Together, they are raising awareness worldwide for children and their families who are facing cancer."