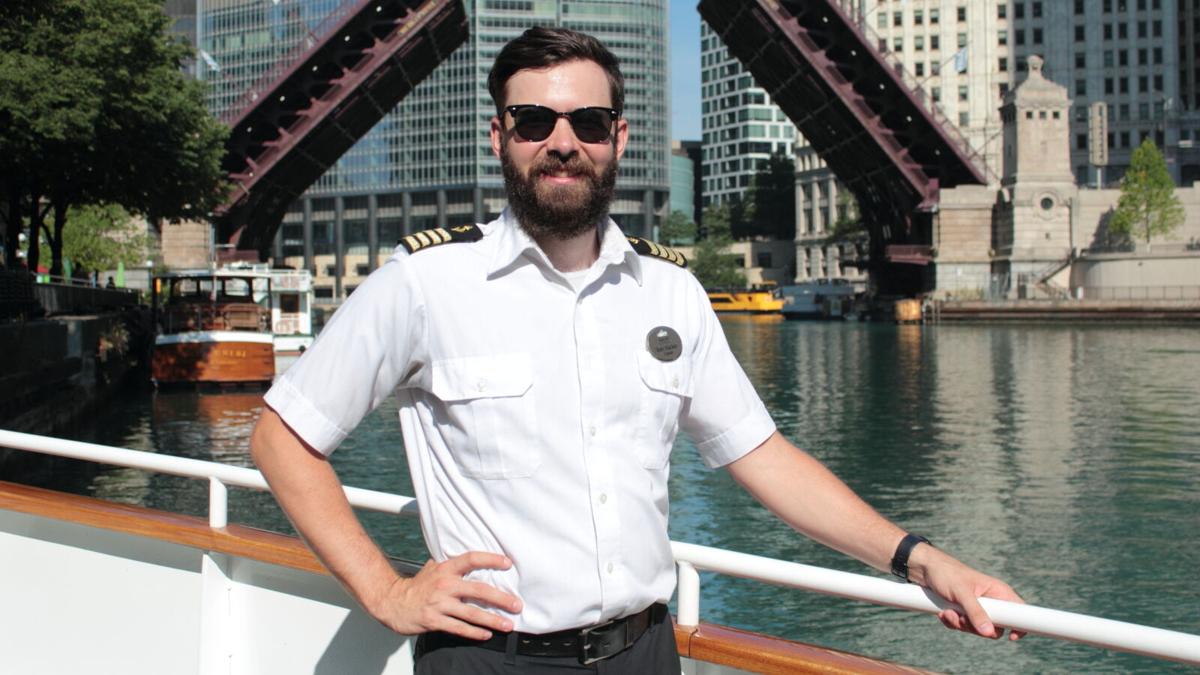 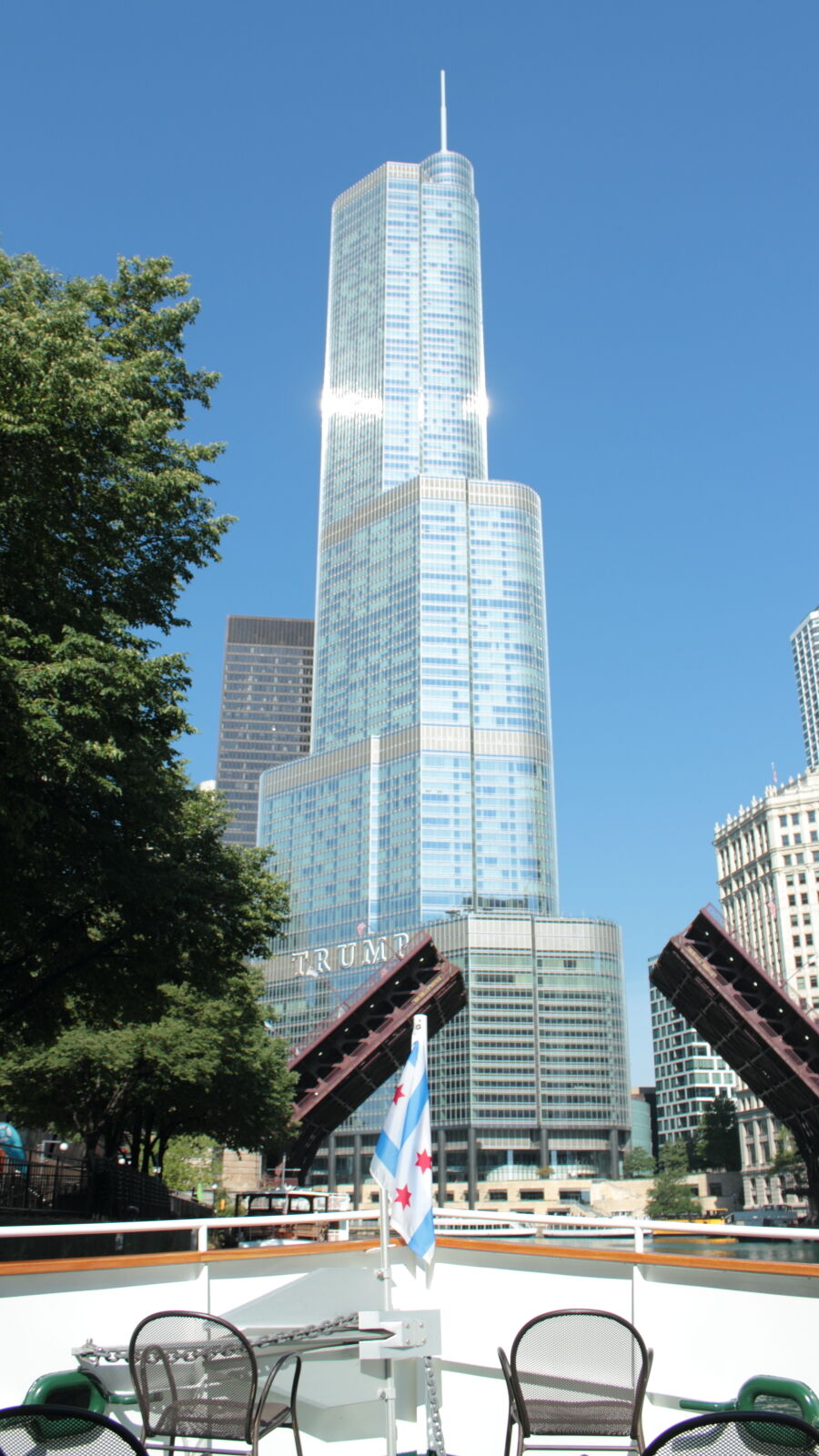 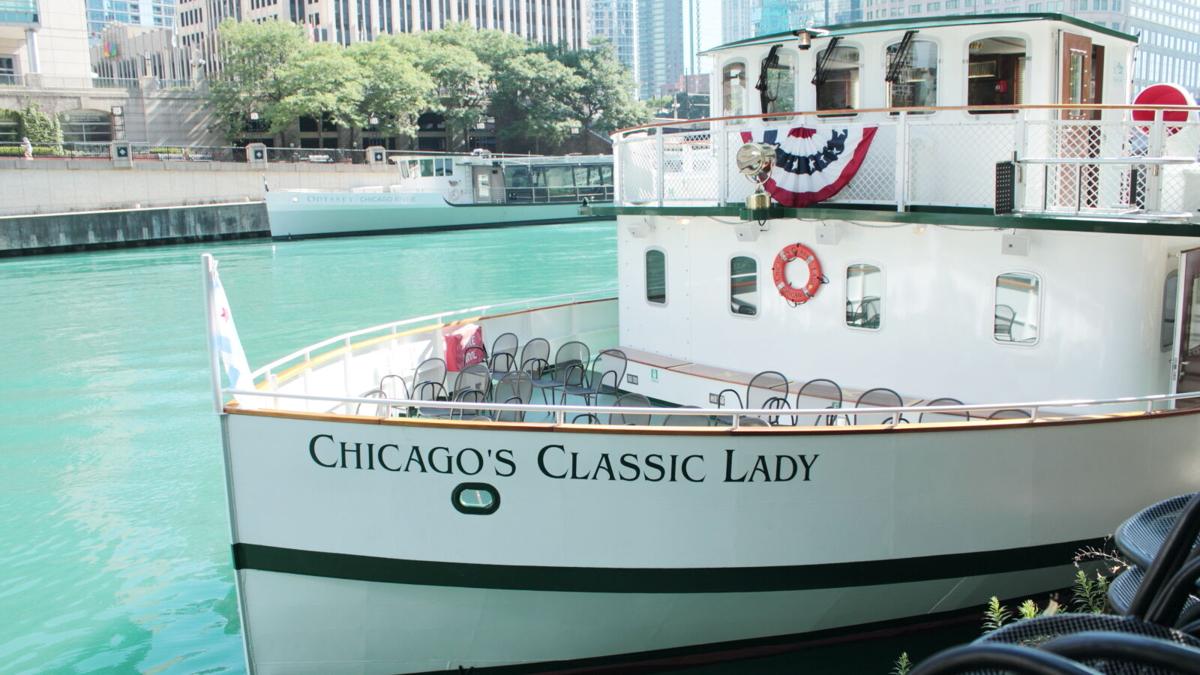 Hacker complements the docent’s narrative by allowing time for passengers to enjoy the sights and take photographs.

Capt. Tom Hacker and the crew of Chicago’s First Lady have a plan for almost every emergency situation. Man-overboard, fire fighting, abandoned ship—they cover pretty much everything to keep the ship and its passengers safe. This year, it’s masks, socially distant seating and operating at 50 percent capacity.

“We do a lot of monthly drills ... as required by the Coast Guard,” Hacker said. “We go really in-depth about it.”

Hacker is Deputy Director of Vessel Operations for Chicago’s First Lady, the architectural cruise line that operates on the Chicago Riverwalk. The Barrington native began working part-time as a deckhand for the company in 2006. After rising to senior deckhand, he earned his captain’s stripes by passing a four-part written test and logging 365 days at sea, which loosely translates to 365 six-hour shifts, in 2010.

“I’m licensed by the United States Coast Guard to operate a vessel that weighs up to a hundred tons,” he said. “But the big thing is that I am legally permitted to take people out for hire.”

The top tour in the city

The people have helped make Chicago First Lady’s Architecture Cruise the top tour in the city on the online travel platform Tripadvisor, which receives an average of 463 million visitors every month. They have contributed more than 5,000 reviews of the experience, rating it “Very Good” or “Excellent” 97% of the time.

Officially known as the “Chicago Architecture Foundation Center River Cruise,” the 90-minute excursion departs from the First Lady’s dock on the south bank of the Chicago River a few yards east of the Michigan Avenue Bridge.

“It’s the number-one-rated Tripadvisor tour by user reviews, and the only reason is because of the docents,” Hacker said.

The docents are the tour guides who stand before the passengers on the top deck of the ship and describe the architecture passing by. They endure rigorous training and testing before getting on the microphone.

In addition to classes every Saturday, the 10-week course includes 25 hours of homework each week. Once that is completed, it requires applicants to pass a test that involves writing and physically presenting a custom narrative to an existing docent.

“Our tours are not scripted,” said CAC President and CEO Lynn Osmond. “We tell them which of the mandatory buildings to talk about and they write the story.”

Osmond, who worked as a docent when she joined CAC in 1996, said “remembering all the dates” was a challenge, but added, “people tend to be more interested in the stories.”

Kahn and Graham’s model provided the basis for a structural system called the bundled tube, which Encyclopedia Britannica describes as “a group of narrow steel cylinders that are clustered together to form a thicker column.” It is a major element in the design of the 108-story Willis Tower, originally called the Sears Tower, which they created for Chicago architecture firm Skidmore, Owings & Merrill in 1965.

After construction was completed in 1973, the tower remained the tallest building in the Western Hemisphere until New York’s One World Trade Center surpassed it 2014.

Nobody gets on the boat in a bad mood

Hacker complements the docent’s narrative by allowing time for passengers to enjoy the sights and take photographs. “We go really slow, typically about 4-6 miles per hour,” he said. “There are people who ride their bikes faster than that.”

Since the Chicago River only ranges from 75 to 300 feet wide, by Hacker’s estimate, the task can get a little tricky. “It operates like the highway,” he said. “Your kayakers are like bicyclists. Your recreational boaters are like cars. We’re pretty much like semi trucks.”

Hacker called himself a “big modern building fan” and said his favorite location on the river is Wolfe Point, where a cantilevered new building extends over the Riverwalk.

When he’s not piloting boats in the architectural fleet, Hacker manages the crew, keeps the docks on schedule, and acts as a company spokesperson. He also takes the helm of ships rented for special events, which allows him to engage with passengers, one of his favorite parts of the job.

“These people are on vacation or a wedding or a corporate trip, and nobody gets on the boat in a bad mood,” he said. “That carries over to the crew, and they’re happy because they’re dealing with happy, friendly people all the time.”