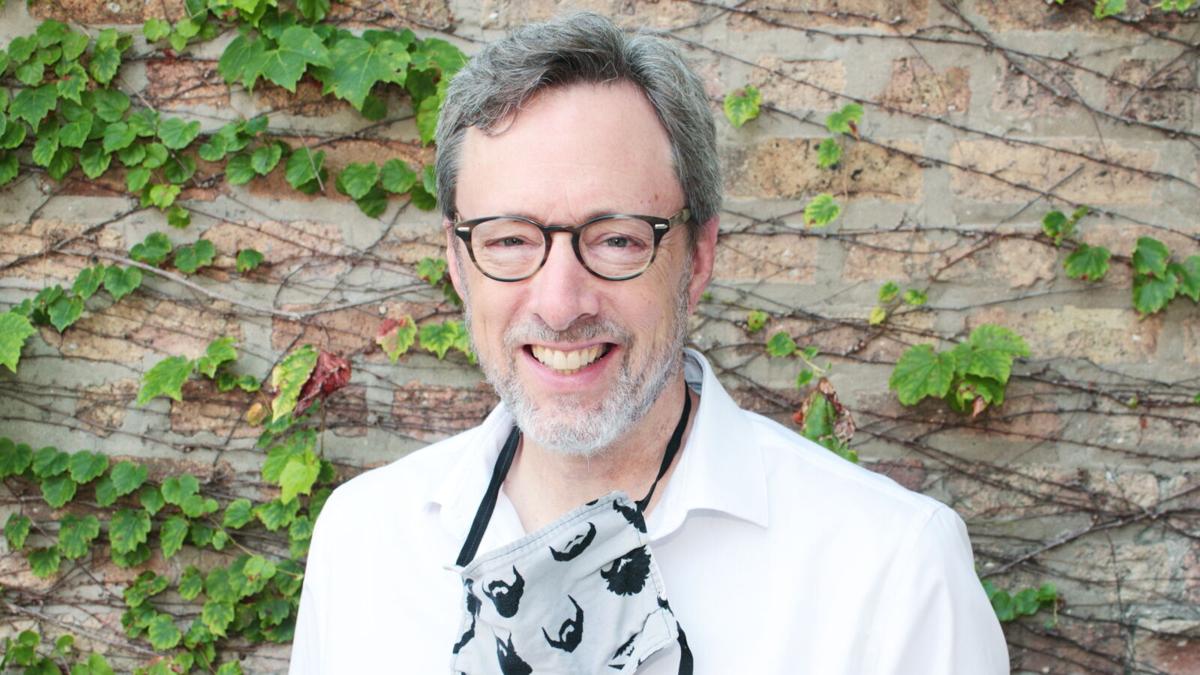 Chicago film critic Michael Phillips says that without the "why," a review is worthless.

As cinemas welcome viewers back and fans prepare
for online premieres of highly anticipated films like Mulan and Antebellum, one of America’s
most noteworthy reviewers explains why
movies are (almost) always worth waiting for.

Michael Phillips’ influence seems to become more important as the stay-at-home era continues. Besides being the Chicago Tribune film critic, he is a regular contributor to WFMT’s Soundtrack, which highlights film, television, and video game soundtracks, and an occasional guest on WBEZ’s Filmspotting. It is difficult to estimate the number of households that rely on his opinion.

One of Phillips’ main goals as a critic is to explain why a film makes him feel the way he does. Without that “why,” he says, the review is meaningless. Besides earning him 100 or so appearances on the nationally syndicated At the Movies, the show made famous by Gene Siskel and Roger Ebert, and more recently presenting 100 or so films on Turner Classic Movies, the “why” that supports his grateful outlook: “It’s so cool to be able to inflict your taste on the public.”

Why are movies important?

Film history means looking at where we’ve come from, and what we’re dealing with today in terms of technique, subject, everything. Movies are important because they speak a different language to everyone, and they show us the world a million times over. Also, it’s good to remember that you can, and should, hold more than one opinion about a movie to be honest about your reaction.

What is your method for reviewing films?

I take notes all the time. Sometimes I have to write right away and get a review to the editor in two, maybe three hours. Pre-COVID, I’d see a screening with an audience on Monday or Tuesday night; a film at the screening room at 10 a.m. or noon; and one or two other titles on Vimeo or via screener link. The great advantage when you have access to rewatching the film before writing is that you can rewind and really examine a scene.

If you do your job perfectly, what do readers get out of it?

I never go for perfection; satisfaction is tough enough! But when I feel like I’ve done my job, it’s because the review works in one way for people who haven’t seen the movie but might see it next week. And it works a different way for people who’ve seen it, but  want to engage in someone else’s response to it, agree or disagree.

What about all the vintage films that are coming back around?

With drive-ins becoming popular this year because of the pandemic, you can’t avoid Ferris Bueller if you tried, along with Jaws and The Goonies and the rest. We’ve all seen these things. So if I’m writing about the drive-in experiences in Chicago, and there are plenty, I sure as hell don’t need to grind through the plot of “Ferris Bueller.”

On that note, how is John Hughes’ work holding up?

As a 20-year Chicagoan, I find myself at odds with the John Hughes' mystique. I just don’t love his movies. He certainly helped the careers of Molly Ringwald and Matthew Broderick and so many others. But there’s something facile about his stuff that never really clicked for me. You go back and revisit some of those films and you think, that’s a big load of North Shore White privilege. Also, the way he depicts high school cliques has a way of reinforcing those cliques rather than questioning them. So much that was made before the 21st century is sexist, racist, homophobic, misogynist, and patronizing to anybody who didn’t look like a ‘typical Caucasian.’ Then again, so much that was made THIS YEAR is sexist, racist, homophobic, misogynist and patronizing, too. I’m deliberately avoiding the use of the phrase “cancel culture” because I hate that phrase. It’s generally favored by zealots who miss the way things were, however they were.

Hiding your opinion doesn’t do anybody any good. If you’re simply honest and open to what a film has to say and what the filmmakers think and you have no ego about learning as you go, people appreciate where you’re coming from. But sometimes, I’m also talking to these filmmakers and hearing about the obstacles and challenges and your heart just kind of goes out to them. Before you write about the movie itself, you have to wipe the slate clean and write honestly and specifically about why it worked for you, or didn’t, or somewhere in between. There’s nothing worse than reading a compromised review where the critic’s actual feelings can only be found by reading between the lines.

What do you enjoy about contributing to WFMT’s Soundtrack program?

Film music means everything to me! Once I heard Bernard Herrmann’s shower murder music in “Psycho” I was a changed man. Well, boy. A changed boy.

Which film scores are your favorites?

Lately? There’s a really sharp experimental composer named Mica Levi who did Under the Skin, a truly wild picture. Trent Reznor and Atticus Ross’ score for The Social Network is wonderful. Even better, Jonny Greenwood from Radiohead – the music he wrote for Phantom Thread is probably the greatest cinematic score written in a generation. Of course I love Herrmann’s work for Hitchcock, and David Raksin, who wrote the theme for Laura and The Bad and the Beautiful.

How do you describe a film you don’t like but you know other people will?

Critics deal with that all the time. In the case of The Hangover, I remember being basically the one guy not laughing at a preview screening. I’ve also been the one guy laughing when no one else was cracking a smile. I’m not there to be a weathervane for the public. I’m there to explain why I did or did not like something and what that film says or doesn’t say about filmmaking or where we are in the world. Sometimes I might reference a movie with the same intentions as the one I’m writing about, but it’s one I responded to fully. And then you try to figure out the “why.” If the “why” is not in there, the review doesn’t really do the job.

What are the greatest compliments and criticisms you’ve ever received?

Ten, 11 years ago, when we were on At the Movies together,  A.O. Scott and I did a New York morning show. The other guest that day was Don Cheadle, an actor I’ve always loved. This was right around the time of The Blind Side, a film I just hated. The hosts asked us about the film, and I said something about it being patronizing garbage and everything wrong with using a White character to run a Black character’s story. It marginalized the protagonist in his own story. Cheadle said something about not being able to put it better than that, and that was a nice thing to hear.

I remember an email I got from Michael Bay. I’d written a piece about the Transformer films and the Bourne movies, about how they embodied certain right wing/left wing ideas either under the surface or right there on the surface. Bay didn’t appreciate that characterization, but he basically just needed to express his own feelings, and he was pretty gracious about it, in the end. He said something about resenting that the piece was well-written enough to force him to read it through to the end. Beyond that, I get a lot of really nice responses and a lot of “you’re a tool” hate mail, and I say: Bring it on.

How has film evolved during the pandemic?

Movies and television are all becoming one form of entertainment. There’s stuff premiering on Netflix and Hulu and Amazon and Disney Plus that would’ve been in theaters six months ago. The big question is, will the public return as the theaters reopen? We’ll see. Nobody wants to take a chance on their health by going to the movies. The Music Box does a great job taking the cleaning protocols seriously. You feel safe there.

What kind of films will the current pandemic inspire?

It’s hard to watch anything without considering where we are in 2020. In a pre-COVID movie, everybody’s hugging each other or coughing on each other in tight spaces, for laughs. Interestingly, if you look at a hundred years ago, the movies did not really acknowledge the impact of the 1918 epidemic at all. They just wanted to forget it.

What kind of films will the current political situation inspire?

If you look at all the movies made during and after the Iraq War, very few of them found a big audience. The best of them, like The Hurt Locker, transcended politics and offered a visceral experience that did find an audience and also reminded people of just how good Kathryn Bigelow is. That story was pure life and death, over and over. If a movie like that had stopped dead to talk about the ramifications of the war and the validity of the administration, it wouldn’t have seemed truthful. But the shadow of Trump is going to be heavier and longer than that of the Bush administration. Something tells me that the political divisions and the cultural divisions have become so deep, it’s going to take a generation to improve.

I don’t have much hope for common ground in the short run. I only hope that film remains a way for people to both escape the real world and confront it.