New Eastside for Charity has launched a campaign to raise $7,000 for the Greater Chicago Food Depository (GCFD).

By setting a goal for each of the neighborhood’s 14 buildings to collect $500, the “New Eastside 2020 Food Drive” is an opportunity to “help bring food, dignity and hope to our neighbors across Chicago and Cook County.”

Known as “Chicago’s Food Bank,” the Greater Chicago Food Depository is a 501(c)3 charitable organization that operates mobile pantries, community kitchens and other programs to support Chicagoans in need. It was founded by a small group of Chicagoans as a single-location food bank in 1979 and has since expanded to include shelters and community programs serving more than 800,000 residents per year. During that time, the GCFD has also developed the wherewithal to convert every $1 donation into three meals.

New Eastside for Charity is an organization founded by neighborhood residents in 2016 that is dedicated to comforting those experiencing homelessness on and around Lower Wacker Dr. Besides the current drive, it has collected and distributed hundreds of care bags containing toiletries, protein bars, clothing and more during previous campaigns.

Interested residents can also contribute to the effort by donating food directly to the Smoovers bins located in the lobbies of participating properties. For more information about the New Eastside GFCD Drive, click here. 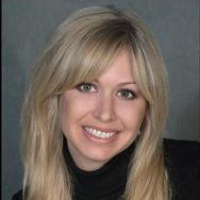 Great job New Eastside! To date we have raised $11,800. Thank you to all that donated!