You have permission to edit this article.
Edit
Home
News
Out & About
Business
Features
Real Estate
People
Opinion
Multimedia
Share This
1 of 7 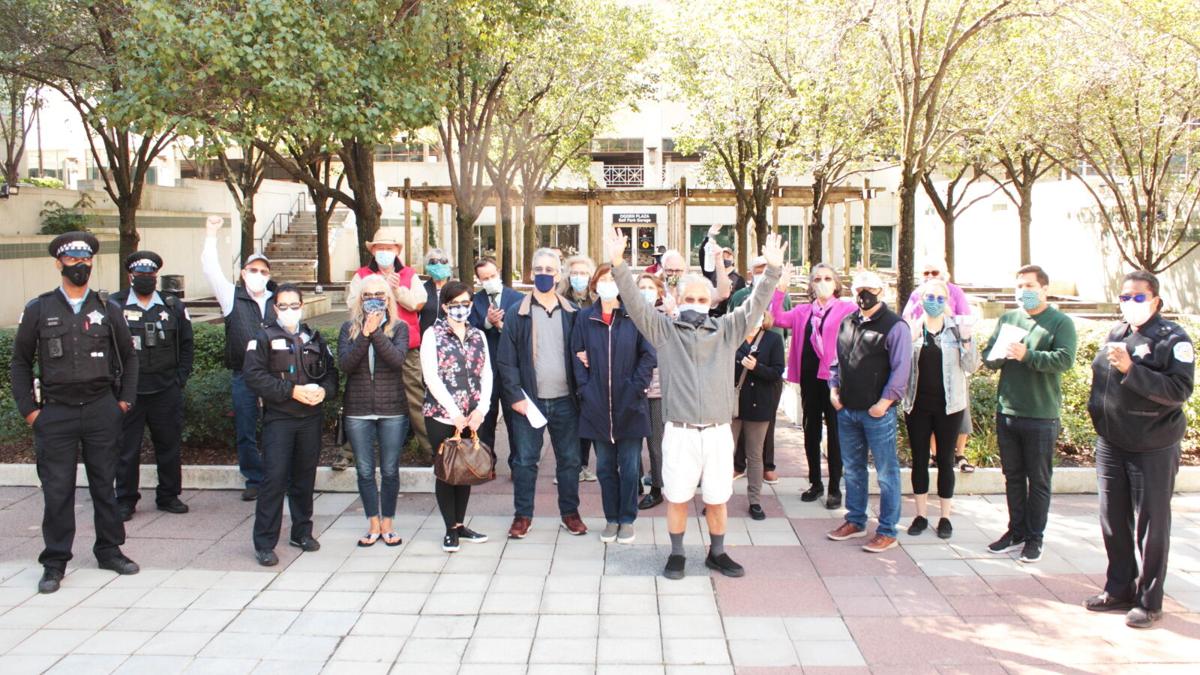 Copcakes is an event that helps people and police remove the anxiety and get into a "casual relationship," according to organizer Craig Kaiser. 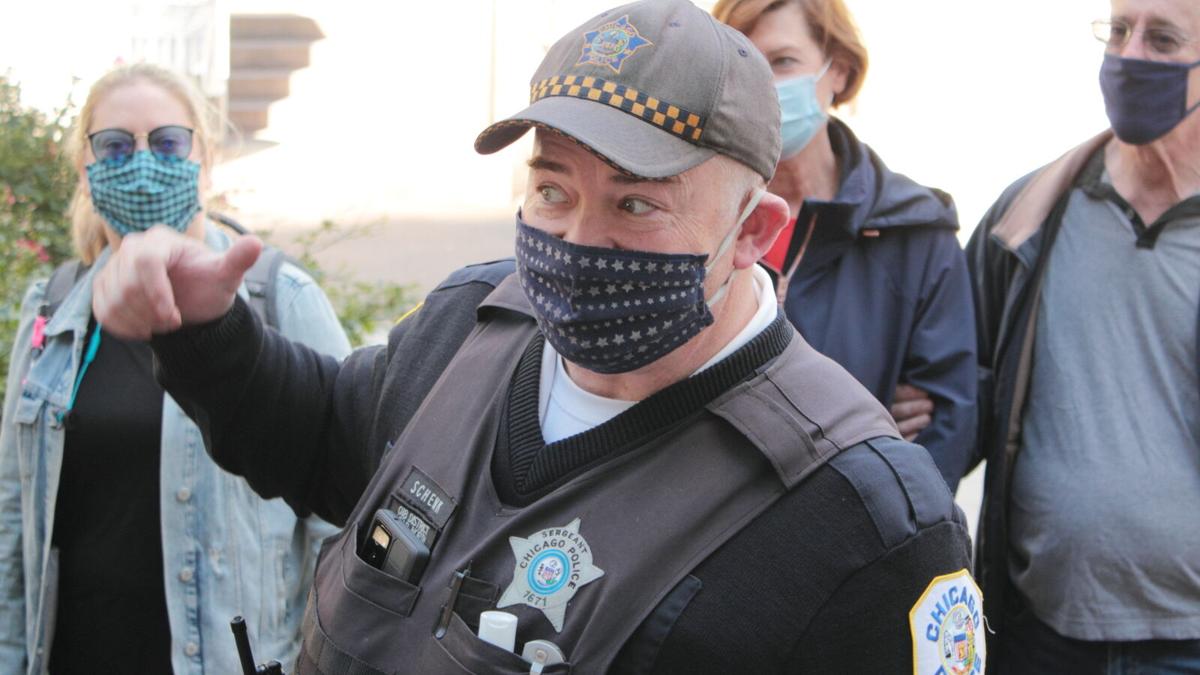 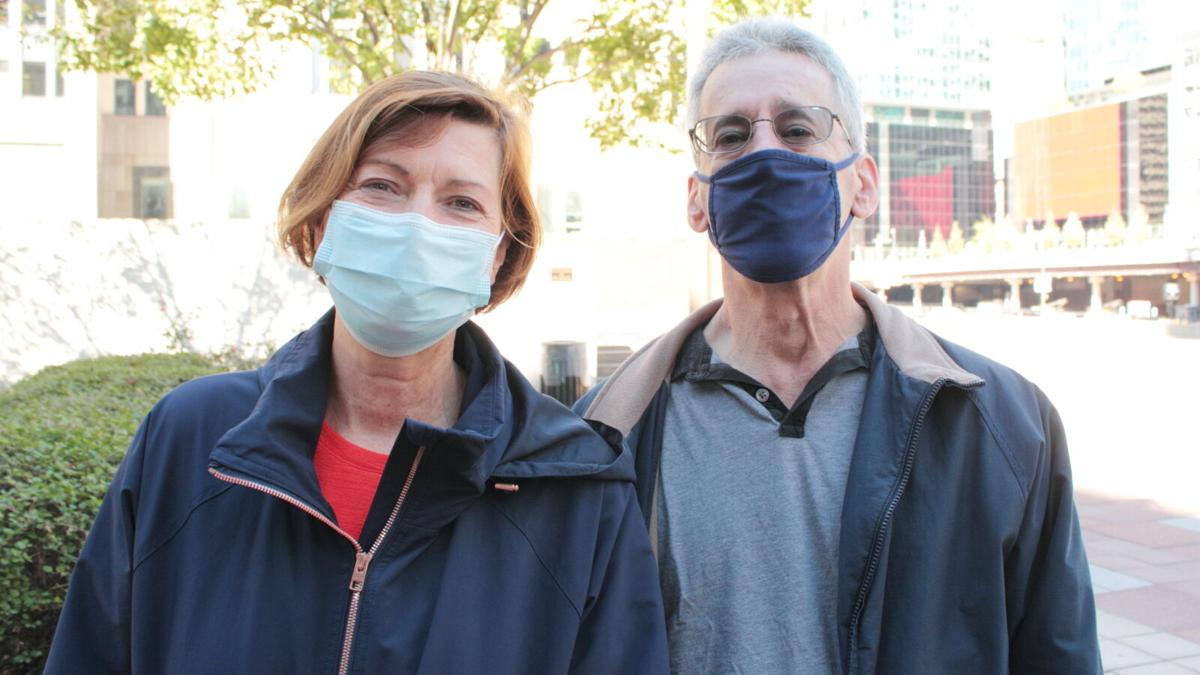 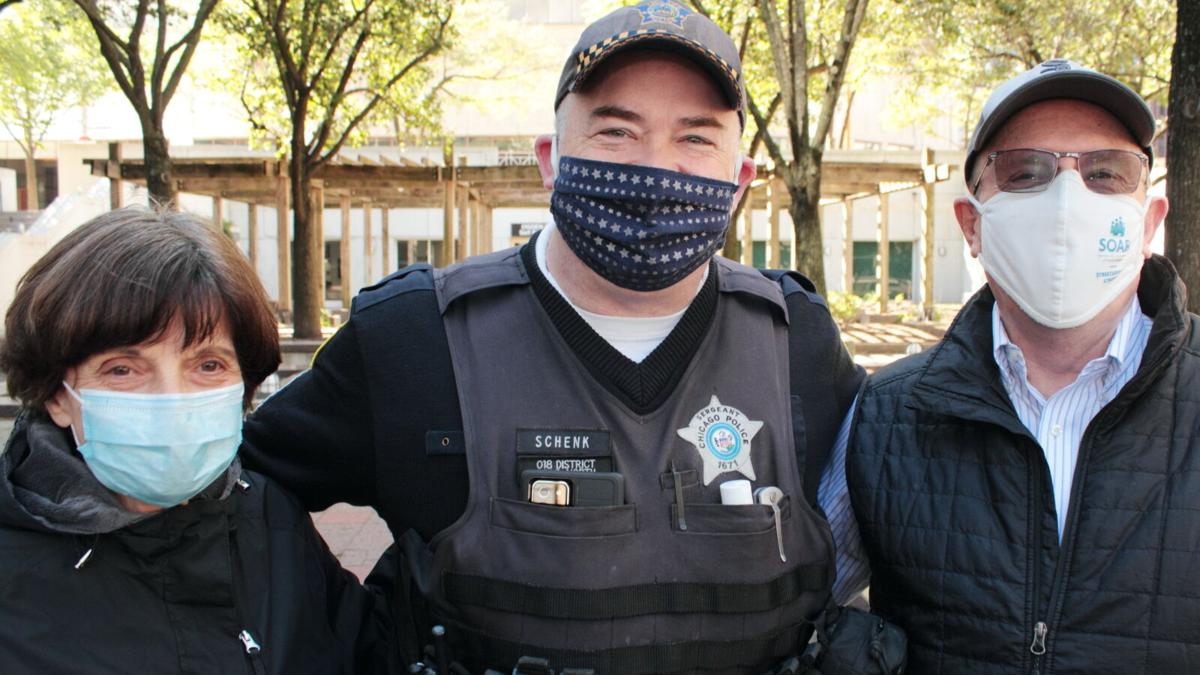 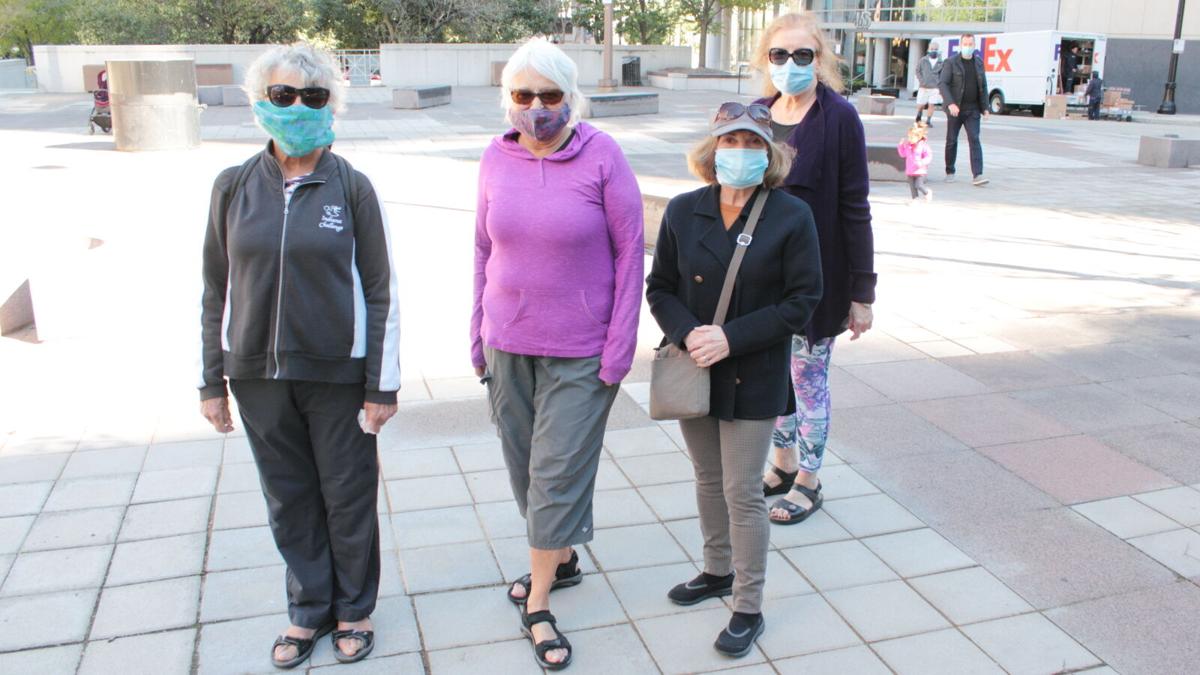 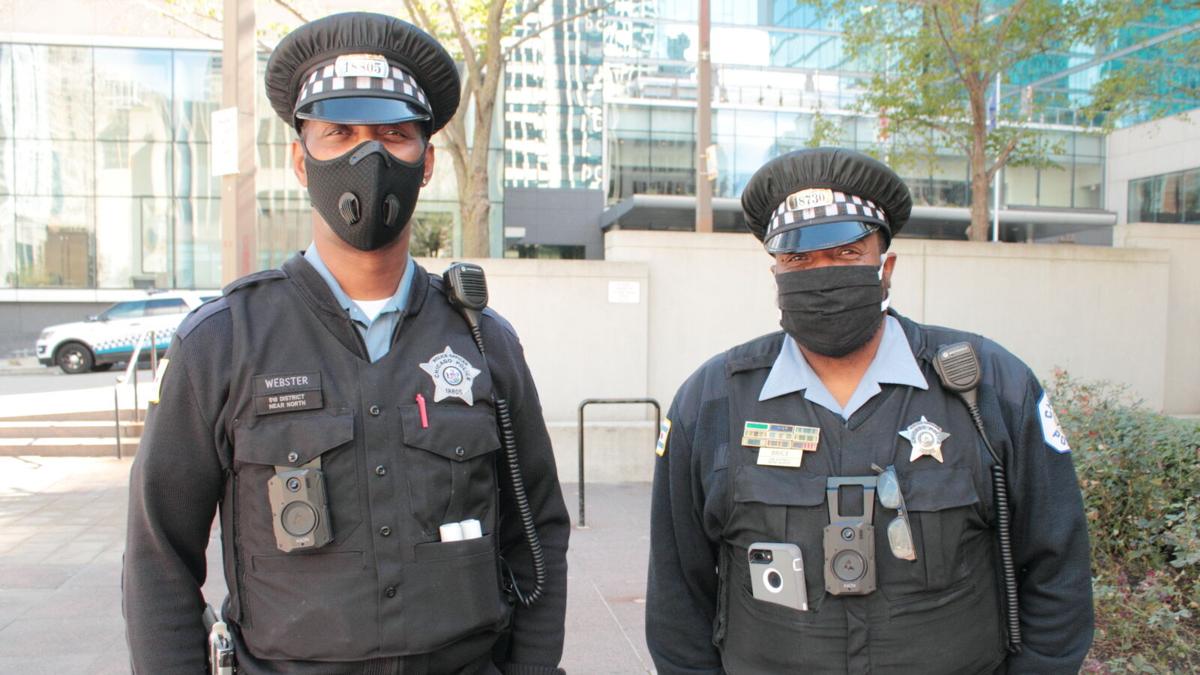 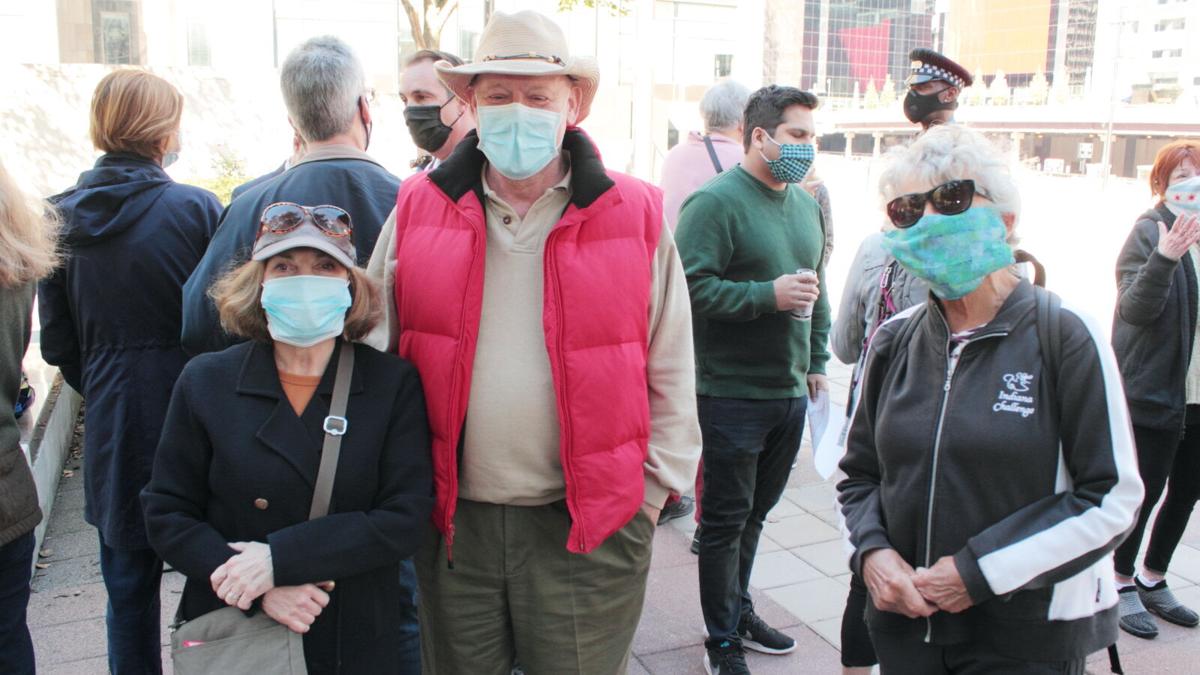 Dozens of residents gathered at Ogden Plaza on Sept. 18 to enjoy Copcakes, an opportunity to meet, greet, and eat with the law enforcement professionals who serve and protect Streeterville. After fueling up on coffee and Danish provided by the Starbucks at McClurg and Ontario, they greeted the police with an abundance of gratitude.

Sergeant Christoph Schenk returned the appreciation at once. “Come up to us, talk to us,” he said. “Whatever your concerns are, we’re here to talk with you.”

Sergeant Schenk is a 25-year law enforcement veteran who has worked in the 18th district, which includes the Streeterville neighborhood, for “around 16 or 17 years.” He said that “family, partnership, and everyone coming together” are just a few of the things that make it a great place to be.

“The police are the community. The community are the police,” he said. “We’re all neighbors. We’re all community partners. The intermingling at events like this bring people together to converse and discuss.”

Schenk organized the event with CAPS Facilitator and Streeterville Neighborhood Advocates co-founder Craig Kaiser. They based the concept on a national program called “Coffee with the Cops.”

“It’s a way to give recognition to the police and get the community together,” said Kaiser. “But most importantly, it’s to kind of take down that barrier. You get into a very casual relationship, and I think it’s more important for the officers to take down that anxiety about meeting people, because you never know what you’re going to get.”

Kaiser attended with his wife Diane, a retired real estate agent who described the CPD’s performance this year as “over the top.”

Streeterville residents Karen and Steven Shaer felt the same way. “We support the police fully,” said Steven. “It’s a tough job, and we obviously want to know what’s going on in our neighborhood.”

“They’re a friendly bunch,” said Mike Ewing, a retired office worker who moved into the neighborhood about a year and a half ago. “They go out of their way to say hi, and to keep us safe is a tough job. Grumpy neighbors complain about the noise, the caravans, the motorcycle parades, but that’s the neighborhood.”

“My grandfather and my uncle were Chicago policemen, and my father was a Chicago fireman,” said Dr. Tomyanovich. “I’m very grateful for the service of the police, and my son is an emergency medicine doctor and he thanks the police for how much they help in the cities for working with patients in distress and so forth.”

Dr. Tomyanovich also expressed a concern that “public officials are not demonstrating enough of the social distancing and mask-wearing.” But all the police in attendance dutifully observed the proper safety measures.

Members of the professional community turned out as well. “I think the police in this neighborhood are terrific and do a wonderful job,” said Amy Lemar, who works at nearby Wintrust Bank.

According to Officer Roger Webster and Officer Quentin Bryce, 25-year-veterans who have worked in Streeterville for about five years, the event achieved its goal.

When asked what made it worthwhile, Officer Webster said, “getting to meet the people and showing them that we are real people and not something you see on television.”

“It’s refreshing to know that there are people that support us,” added Officer Bryce. “It’s a tough job, and just to know that people out here actually support us and understand what we do. We’re trying to serve the public and keep everybody safe.”

Who has raised more money, Biden or Trump?

Why these images of ballots in dumpsters aren't proof of fraud

Inmate who was supposed to go to psychiatric hospital mistakenly released